It will feature a more powerful 130PS version of the model’s 1.2-litre turbo-petrol engine 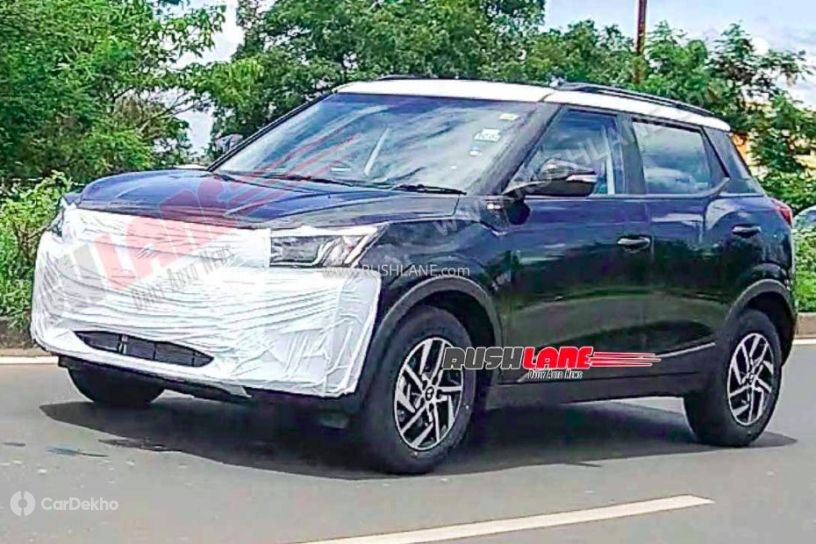 A partially-camouflaged unit of the Mahindra XUV300 has been spied testing, but a couple of interesting badges were still visible. This leads us to believe that the unit spied is the long-awaited XUV300 Sportz with increased performance on offer.

Mahindra debuted a XUV300 Sportz at Auto Expo 2020 with direct injection for its 1.2-litre turbo-petrol engine (TGDi). This raised the output from 110PS and 200Nm to 130PS and 230Nm, making it the most powerful powertrain in the subcompact SUV space. It was showcased before the XUV300 got the choice of a petrol-AMT and only had the 6-speed manual.

The spied model had most of its front fascia covered up, suggesting an updated grille with the new Mahindra Twin Peak logo. We spotted no differences in profile or rear design of the test mule. The red W8 badging on the tailgate suggests that the more powerful engine will be limited to the top trims. A TGDi badge can also be seen on the front fender of the test mule, confirming it to be the Sportz variant of the XUV300.

At its unveiling, the XUV300 Sportz featured a distinctive black interior with red accents for the AC vents, infotainment display and steering wheel. It lends the trim a sporty look for the cabin too. The standard XUV300 has a more mature, dual-tone black and beige interior.

Based on the top trims, the XUV300 Sportz features list will likely include a sunroof, cruise control, smartwatch connectivity for the 7-inch infotainment system, rain sensing wipers, and push-button engine start-stop. The safety package includes up to six airbags, front parking sensors and ESP, while corner braking control and rear disc brakes are offered as standard.

Mahindra offers the XUV300 with a 1.5-litre diesel engine as well which produces 117PS and 300Nm. Like the turbo-petrol unit, the diesel unit gets the choice of 6-speed manual and AMT transmissions.

The XUV300 Sportz could attract a premium of around a lakh over the regular corresponding petrol-powered variant. Prices for the new variant are expected to start from Rs 12 lakh (ex-showroom).

sir i am very exited to buy your suv300 sportz model sir please help me launch date of suv 300 sportz model in india if you have some pic please send me my email id is lalchandjewellers7@gmail.com

I have booked XUV 300 can i wait new sports model