A video shows the updated SUV sporting Mahindra’s new logo inside and out, making it the fourth model in the carmaker’s lineup to feature it 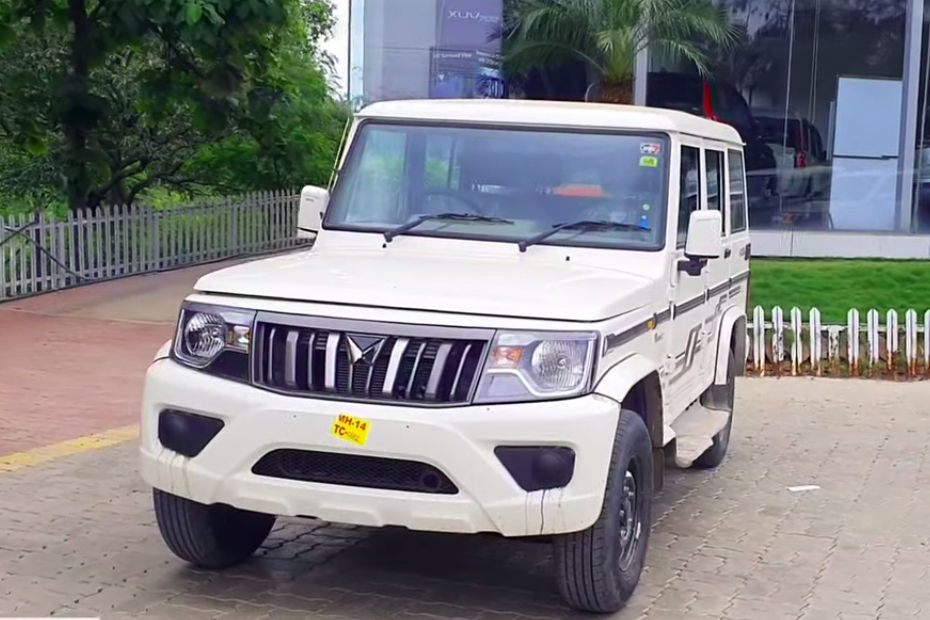 Mahindra seems to be preparing to introduce the updated Bolero soon. After being spotted on test, the 2022 model was recently seen with the carmaker’s new ‘Twin Peaks’ logo outside a dealership. The Bolero thus will become the fourth model in Mahindra’s lineup to feature its new logo.

From the video, we can notice that the only major change is the inclusion of the new logo. The model spotted wasn’t the top-spec variant as it missed out on fog lamps. From the sides and rear, the Bolero remains largely the same save for the new logo on the tailgate-mounted spare wheel.

Inside, the cabin layout is also identical to the older version of the SUV, but the model spotted missed out on the wooden inserts on the dashboard as it wasn’t the top-spec variant. With the 2022 update, Mahindra has replaced its previous logo with the new one on the steering wheel. The SUV was seen in its seven-seat configuration with jump seats for the third row.

Its feature highlights include manual AC, a Bluetooth music system, and all four power windows while its safety net consists of dual front airbags, ABS, and rear parking sensors.

The SUV can be had in a total of three variants and their prices range from Rs 9.33 lakh to Rs 10.26 lakh (ex-showroom Delhi). It doesn’t have any direct rivals in the market.