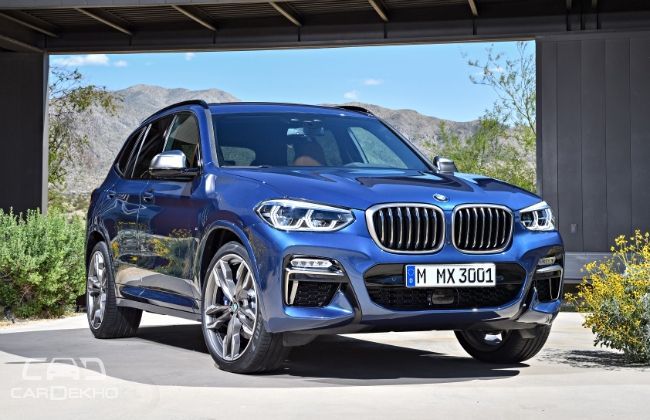 The first six months of 2018 have been particularly fruitful for BMW, Mercedes-Benz, Jaguar Land Rover (JLR) and Volvo in India. Mercedes-Benz continues to be the top luxury carmaker in the country having sold over 8000 units in the first half. BMW takes the second spot with a sale of 5171 units, registering a slightly better growth rate than Mercedes-Benz in the same period at 13 per cent (12.4 per cent for M-B). Swedish carmaker, Volvo, has also reported an impressive growth rate of 30 per cent, having sold over 1200 units in the first half of 2018. JLR too gained pace and registered a phenomenal growth of 66 per cent between January and June this year over the same period last year.

Sales of BMW, Merc and Volvo from January-June 2018:

The double-digit growth rates of BMW and Mercedes-Benz can be accredited to a slew of new launches in the first half of 2018. BMW launched the next-generation X3 and the 6-Series Gran Turismo in April and June 2018, respectively. Mercedes-Benz India, on the other hand, introduced seven new products in the same time frame - Mercedes-AMG GLE 43, SLC 43, E 63 S, GLS Grand Edition, S-Class Facelift, Mercedes-Maybach S 650 and the S560.

Volvo launched the XC60 at the end of 2017 and the carmaker claims that it has brought 25 per cent of the overall sales since then. Volvo will, therefore, localise the XC60 in India soon and offer a new variant as well. The carmaker recently started local assembly of the S90 as well and even expanded its network in the recent past. With the launch of its entry-level SUV, the Volvo XC40, the carmaker would be expecting to close the year on a high.

Readers’ note: Audi has not yet disclosed its half-yearly sales figures. We expect Audi to have retailed more volumes than Volvo.