The new SUV will be revealed on July 13, with a launch slated for second half of 2022 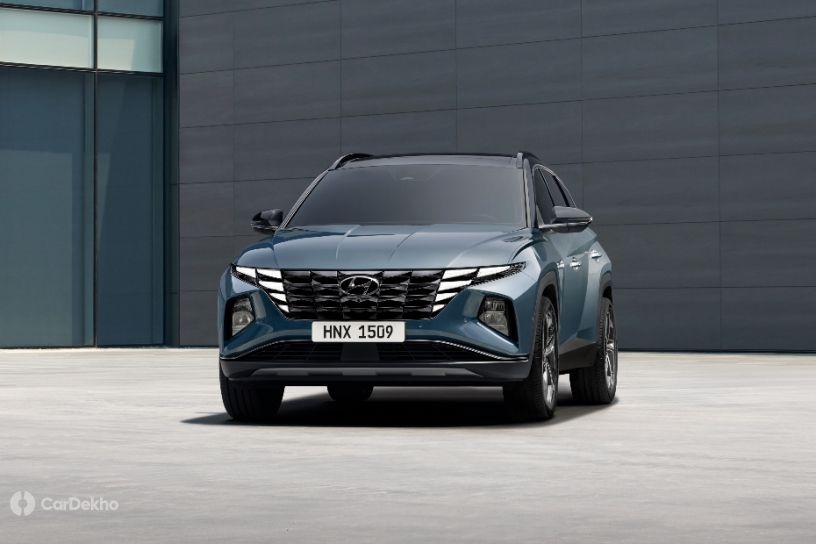 Back in May 2022, Hyundai confirmed that it will be bringing the fourth-gen Tucson in the second half of the same year to India. With a few months still left for its price announcement, the carmaker has now revealed that it will be unveiling the SUV on July 13.

The new Tucson looks a lot bolder compared to its predecessor. It has let go of the traditional fascia-like appearance for a more polarising face, thanks to the Parametric grille with integrated LED DRLs and a split-headlight setup.

In profile, the fourth-gen Tucson sports a lot of sharp cuts and creases and 19-inch dual-tone alloy wheels. At the back, it features connected fang-shaped split LED taillights and a similar parametric pattern and a faux skid plate in the bumper.

Hyundai has opted for a minimalistic design for the new Tucson’s dashboard, with the highlight being the dual 10.25-inch displays (one for instrumentation and the other for infotainment). Other expected features include a tri-zone climate control, ventilated front seats, and a panoramic sunroof. Its safety kit is likely to include six airbags and a 360-degree camera. The 2022 Tucson will be the first Hyundai model in India to feature Advanced Driver Assistance Systems (ADAS).

Also Read: Hyundai Teases A New MPV In Indonesia That Could Be India-bound

A wide range of powertrains are on offer overseas (inclusive of mild and plug-in hybrids), along with an all-wheel-drive system. We are still to get details on which engine options will be available with the India-spec fourth-gen Tucson. The outgoing Tucson is offered with a 152PS 2-litre petrol engine paired with a 6-speed automatic transmission, and a 185PS 2-litre diesel engine paired with an 8-speed automatic.