This week, we had a couple of important launches and one big announcement for 2023 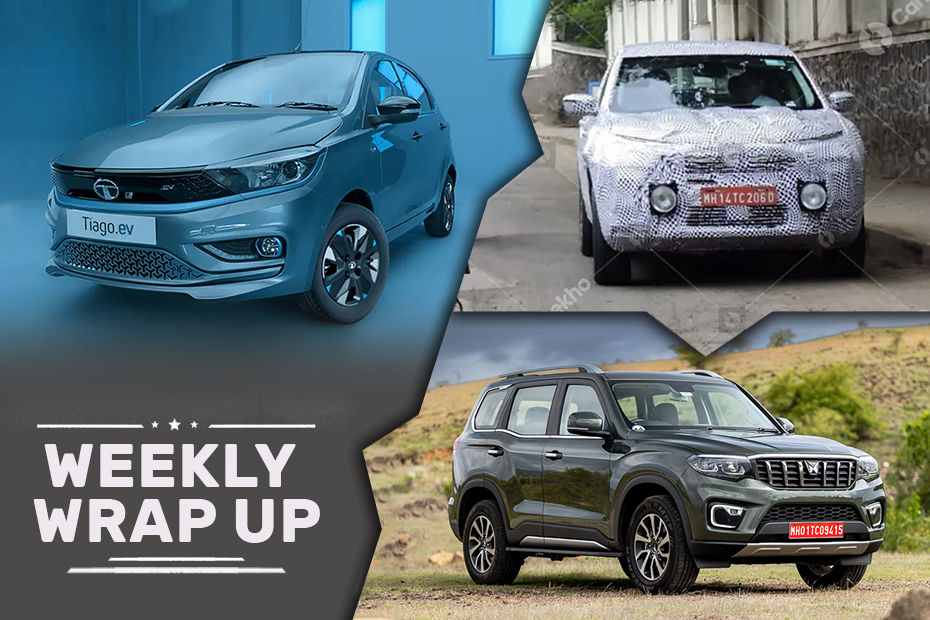 This week witnessed new launches from carmakers like Tata and Maruti. Finally, the wait for Scorpio N has come to an end as Mahindra has begun its deliveries. We have also compared the Brezza and Grand Vitara, while spy shots of the upcoming Citroen C3 EV have surfaced online

Let us take you through everything that happened this week:

After the launch of the Grand Vitara, we compared it with the Maruti Brezza to know how much of an upgrade it is. Since the top-spec Brezza costs around the same as the mid-spec Grand Vitara, should you pay more to get the larger compact SUV? Well, we answer that here.

Mahindra has started delivering the Scorpio N to its customers after it opened its bookings on July 30. The SUV received over 1,00,000 bookings in just 30 minutes. Mahindra is prioritizing the delivery of the top-spec Z8L variant and plans to deliver 7,000 units by October 5. The Scorpio N’s prices range from Rs 11.99 lakh to 23.90 lakh (ex-showroom).

Mandatory six airbags in all cars

After making rear seatbelt reminders standard, it was planned to make six airbags mandatory in all cars this October, but this move has been delayed by a year due to global supply chain shortages. This has given manufacturers some time to improve their designs and install six airbags in all models.