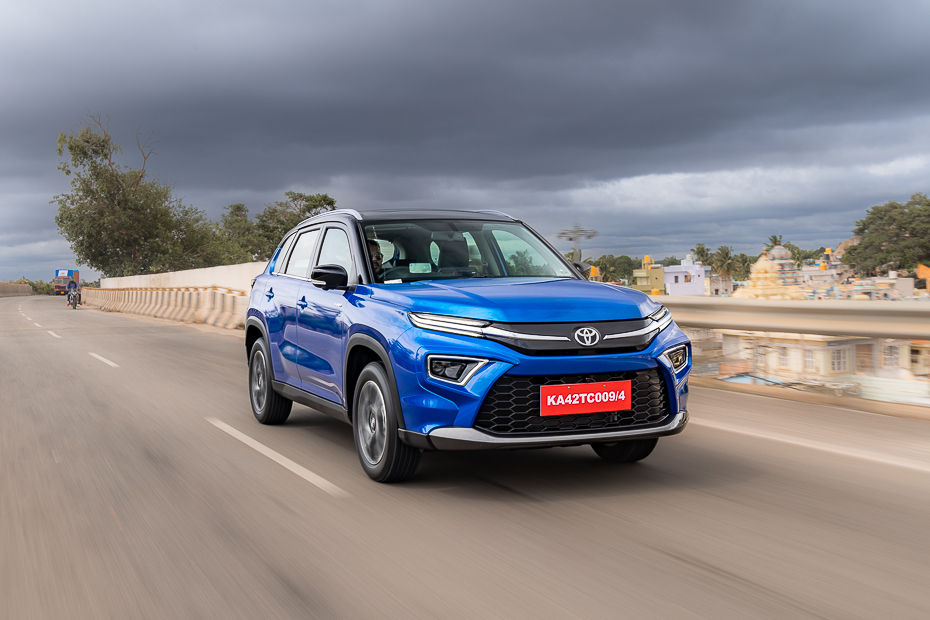 Toyota has announced the prices for the remaining mild-hybrid trims of the Urban Cruiser Hyryder today, after having already revealed the cost of the top-spec mild-hybrid automatic and strong-hybrid variants of the compact SUV.

Toyota is offering its first compact SUV in four broad trims: E, S, G and V, distributed between the mild- and strong-hybrid lineups. It has a lot in common with the 2022 Maruti Grand Vitara, but is different in design and also gets an additional variant in the strong-hybrid lineup.

Here’s a look at the SUV’s complete ex-showroom price list compared to the Maruti Grand Vitara:

*Prices were revealed in early September

Related: Toyota Hyryder Hybrid Driven; The Bridge Between An EV And ICE

Both SUVs also share the same powertrain options which are as follows:

The fuel efficiency of the strong-hybrid version is rated at almost 28kmpl for both SUVs. Even the mild-hybrid engine has a claimed mileage of up to 21.11kmpl.

Toyota has packed the Urban Cruiser Hyryder with a nine-inch infotainment system, ventilated front seats, a panoramic sunroof, a head-up display and wireless phone charging. Other features on board include a 360-degree camera, a digital driver’s display, and connected car tech. Its safety features include up to six airbags, vehicle stability control (VSC), and a tyre pressure monitoring system.

The Hyryder fights it out with the likes of the Kia Seltos, MG Astor, Volkswagen Taigun, Hyundai Creta, Skoda Kushaq, and its platform cousin, the Maruti Grand Vitara.

Why are Toyota vehicles not available on Gem portal