Maruti Suzuki Grand Vitara vs Brezza: Which SUV To Buy?

Just how much of an upgrade is the Grand Vitara compared to the Brezza? 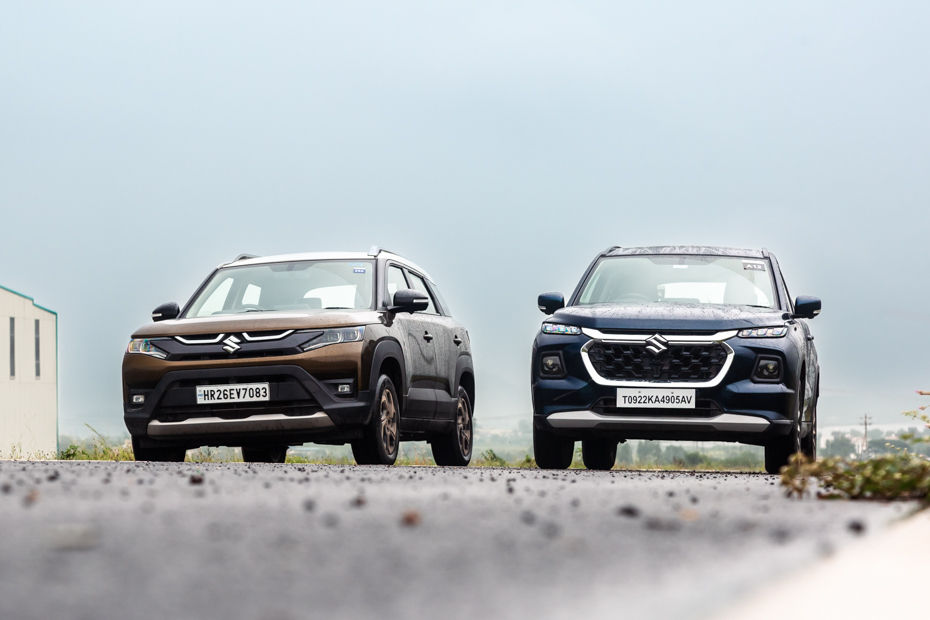 In its latest generation, the Maruti Suzuki Brezza has become the most expensive offering in its segment. At roughly Rs 16.5 lakh on-road in Mumbai, it costs about the same as a mid-range Grand Vitara, an upgrade many would happily opt for. Perhaps, you’d adjust your down payment or EMI and go for a fully loaded Grand Vitara to get a proper upgrade outright.

Today, we’ll see where the Grand Vitara feels like an upgrade over the Brezza and more importantly, where it doesn’t.

It does, however, lose out on headroom compared to the Brezza and if you choose the mild-hybrid versions, there is no improvement in performance. If you opt for the strong-hybrid, the Grand Vitara offers better performance and significantly better fuel efficiency as well but you will have to compromise with boot space.

For a big car with a small car’s budget, you can always explore CarDekho’s expansive list of quality used cars.