The second-gen i20 facelift gets Hyundai’s latest family grille and carries forward the same 1.2-litre petrol and 1.4-litre diesel engine. A CVT auto will be offered with the petrol from May 2018 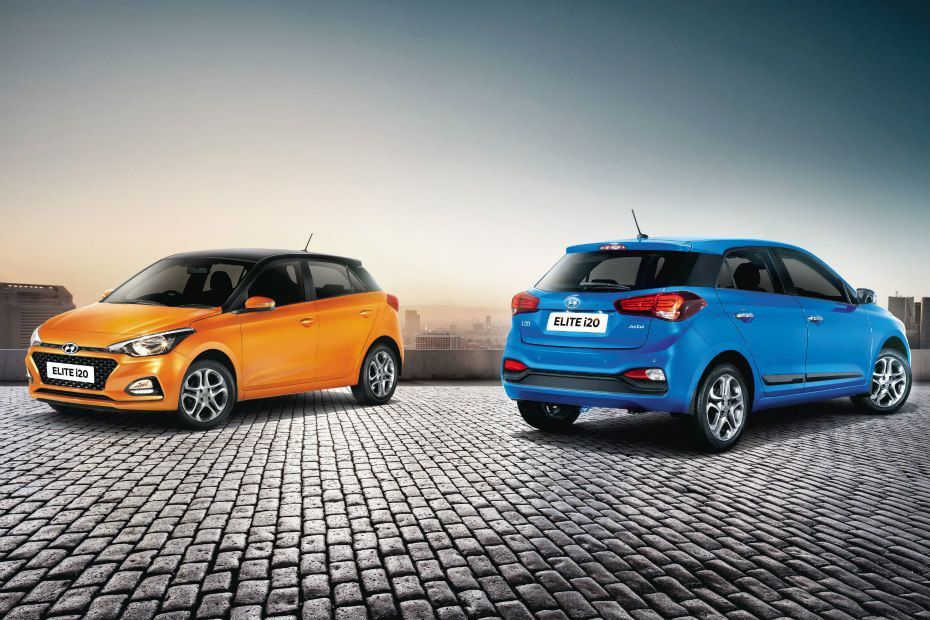 Hyundai has launched the 2018 Elite i20 facelift at the ongoing Auto Expo 2018 in Greater Noida. The second-gen i20, known as the Elite i20 in India, was launched on August 11, 2014, and this is the first ever major update it has received in four years.

The second-gen i20 a.k.a the Elite i20 was based on Hyundai’s Fluidic Sculpture 2.0 design philosophy at launch. The latest update features new design elements that we’ve seen in other recently launched Hyundai cars. The most prominent one is the addition of the new cascading family grille that we have also seen on the new Verna and the Grand i10 and Xcent facelift models on sale in India.

There are no dramatic aesthetic changes save for the new grille. It still features halogen projector headlamps with daytime running LEDs and multi-reflector halogen fog lamps (the Verna gets projector headlamps). Tthe tail lamps feature new graphics, while the boot lid and the rear bumper have been redesigned as the licence plate has been shifted from the latter to the former.

Besides carrying forward its long equipment list, the 2018 Elite i20 has borrowed a few goodies from the Verna such as Hyundai Auto Link support (telematic services), updated 7-inch touchscreen infotainment system with Hyundai iblue Android-based remote and Arkamys sound tuning.

The 2018 Elite i20 packs the same 1.2-litre Dual VTVT Kappa petrol and the 1.4-litre U2 CRDI diesel engines. The automaker has discontinued the 1.4-litre petrol motor that is only available with an ageing 4-speed automatic at a steep asking price of Rs 9.15 lakh (ex-showroom Delhi) despite being based on the Magna variant. In place of it, Hyundai will soon add a new CVT automatic with the 1.2-litre petrol motor. It will help the automaker save taxes (engine < 1200c) and put it at par with the Jazz and Baleno on the price chart.

The 2018 model of the Elite i20 will go up against the Baleno and the Polo as before, along with the upcoming 2018 Honda Jazz facelift.

Read More on : Hyundai i20 on road price