All The New Cars Headed Your Way In January 2023

The list includes three electric cars, one each from MG, Hyundai and Mahindra 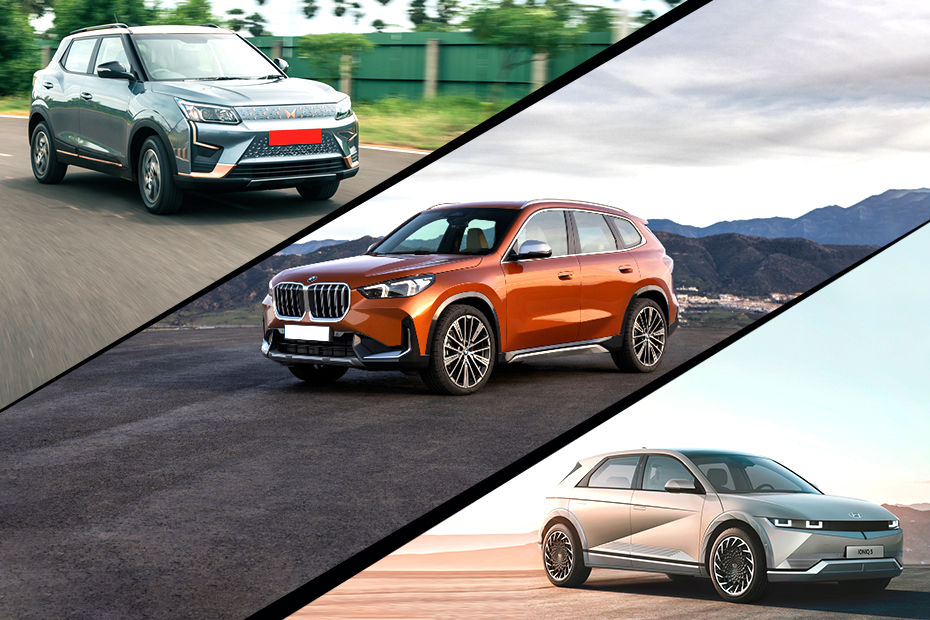 The automotive industry is geared up for a strong start to 2023 with many  new car launches and reveals lined up for January, from a variety of mass market and luxury carmakers.

While the highlight of January will be the Auto Expo (slated to take place between January 13 and 18), these are some key car launches that have been scheduled for the first month of the year.

Facelifted MG Hector and Hector Plus

For buyers looking to pick either of the midsize SUVs from MG, the carmaker is set to introduce them in a refreshed avatar soon. MG has reworked the exterior profiles of both the Hector and Hector Plus, which now sport a much larger grille with chrome embellishment. Both SUVs will come with a redone cabin layout as well with additional equipment such as multi-colour ambient lighting and a bigger touchscreen system. No mechanical changes are part of the midlife update though.

Image of current Grand i10 Nios used for representation purpose only

Hyundai will likely launch the facelifted versions of the Grand i10 Nios and Aura this January, after the Expo. Based on the spied test mule of the former, both facelifted hatchback and sedan could get a refreshed grille, larger LED DRLs, new alloy wheel design, and updated taillights. We are expecting Hyundai to equip both models with an updated infotainment system and new upholstery. The hatchback-sedan duo will be petrol-only offerings and will continue with the existing powertrain setups.

The XUV400 EV, Mahindra’s first long-range electric car, will finally enter the market this month. Although it’s the EV derivative of the XUV300, it has a longer footprint than the sub-4m SUV while sporting some cosmetic and visual differences. Its 39.4kWh battery pack is good for 456km (ARAI-claimed) and supports 50kW DC fast-charging as well. Expect its prices to kick off at Rs 17 lakh (ex-showroom).

Also Read: Planning To Buy An SUV Under Rs 20 Lakh In 2023? These Could Be Your Options

Ever since the Glanza CNG went on sale, it was outed that Toyota will launch the Hyryder CNG soon. This will make the SUV the second Toyota product in India to get the alternative fuel version. The CNG kit will be offered with the mild-hybrid powertrain of the Toyota SUV and the CNG trims are expected to cost nearly a lakh rupees more than their petrol-manual counterparts.

At Auto Expo 2020, Kia launched the current generation Carnival in India. Fast forward to Auto Expo 2023, we believe the carmaker could take this opportunity to introduce the fourth-generation of the MPV in our market. The new Kia Carnival looks more premium and more SUV-esque compared to the outgoing model and also gets a rich and feature-loaded cabin. However, it is expected to be a diesel-only offering, retaining the existing Carnival’s powertrain.

Tata is expected to unveil the facelifted Harrier at the expo ahead of its launch sometime later this month. With the update, the SUV will get some cosmetic revisions over its current iteration while the most significant feature update as per its latest spy shots will be the inclusion of advanced driver-assistance systems (ADAS). Expect the facelifted Harrier to soldier on with the existing 2-litre diesel engine with both manual and automatic gearbox options. The new Harrier is also likely to spawn an EV version of the midsize SUV.

MG’s follow-up electric offering in India to the ZS compact SUV will be something a lot smaller and likely to be called the ‘Air EV.’ The micro electric offering, which seems more like a quadricycle than a car, gets two battery pack options in Indonesia and offers a claimed range of up to 300km. Don’t let the size fool you into believing that it won’t be well-equipped as the model sold in Indonesia packs dual displays, connected car tech and LED DRLs as well.

In December 2022, Hyundai took the covers off the India-spec Ioniq 5. The electric crossover, which shares its platform with the Kia EV6, is expected to go on sale at the Auto Expo 2023, with prices likely to start from Rs 50 lakh (ex-showroom). The EV has a 72.6kWh battery pack capable of offering a claimed range of 631km. It is mostly known for its retro, yet futuristic, styling with quirky design elements inside and out while featuring plenty of tech on board.

The seventh-gen BMW 3 Series has been offered in India since 2019 and time has come for its midlife update. After unveiling the sedan in its facelifted iteration globally last year, the German marque is gearing up to introduce it in our market in January 2023. The new 3 Series features cosmetic tweaks inside and out while also including ADAS. It will continue to be offered with both petrol and diesel engines, with the sedan’s base trims now housing a 48-volt mild-hybrid tech. The updated 3 Series made its debut in December 2022 in the guise of the new M340i performance-centric sedan.

Also Read: 7 Most Important Things You Should Keep In Mind Before Driving In Winters

Back in June 2022, third-gen model of BMW’s entry-level SUV, the X1, was revealed. The SUV is slated to set foot in India this January and it also has an EV counterpart which too is expected to be India-bound soon. Both have design similarities inside and out with EV-specific differences on the latter including blue accents and a closed off grille. The ICE-powered X1 will get both petrol and diesel powertrains with plug-in hybrid and mild-hybrid setups.

The Cabriolet version of the Mercedes-Benz’ AMG E 53 4MATIC+ will soon go on sale. Based on the three-door E-Class Coupe, its highlight is the ‘acoustic’ soft top that drops the cabin ambience down when you put it up. It gets a mild-hybrid tech on board with its 3-litre inline six petrol engine mated to a nine-speed automatic gearbox. Be ready to shell out anywhere between Rs 1.2 crore and Rs 1.3 crore for this convertible saloon once it comes to India via the completely built-up unit (CBU) route.

The facelifted BMW X7, which was unveiled globally in April 2022, is headed to India this January. BMW has opted for an even bolder and aggressive look for its flagship seven-seat SUV and its cabin has got a bump up too in terms of more wizardry including the curved displays. You get the option to pick between two petrol units and a diesel engine, all of which come coupled with an eight-speed AT.

Seventh-gen BMW 7 Series And i7

2022 saw BMW unveil the seventh-gen 7 Series globally, which also saw the sedan get its first all-electric iteration. Like the facelifted X7, both versions of the flagship sedan also have a polarising design accentuated by the large kidney grille and split LED headlights. The new 7 Series hasn’t grown only in size but also gets enviable features such as a 31.3-inch screen for rear entertainment system and touchscreen displays in the rear door panels too. The i7, its electric iteration, gets a 101.7kWh battery pack with a WLTP-rated range of up to 625km. It supports a 195kW fast-charger which will top its battery up from 10 to 80 per cent in 34 minutes.

While the above list is extensive to say the least, it’s only a fraction of all the car launches coming through in 2023. Which model mentioned here are you waiting for and which other car would you like to see go on sale this January? Let us know in the comments.