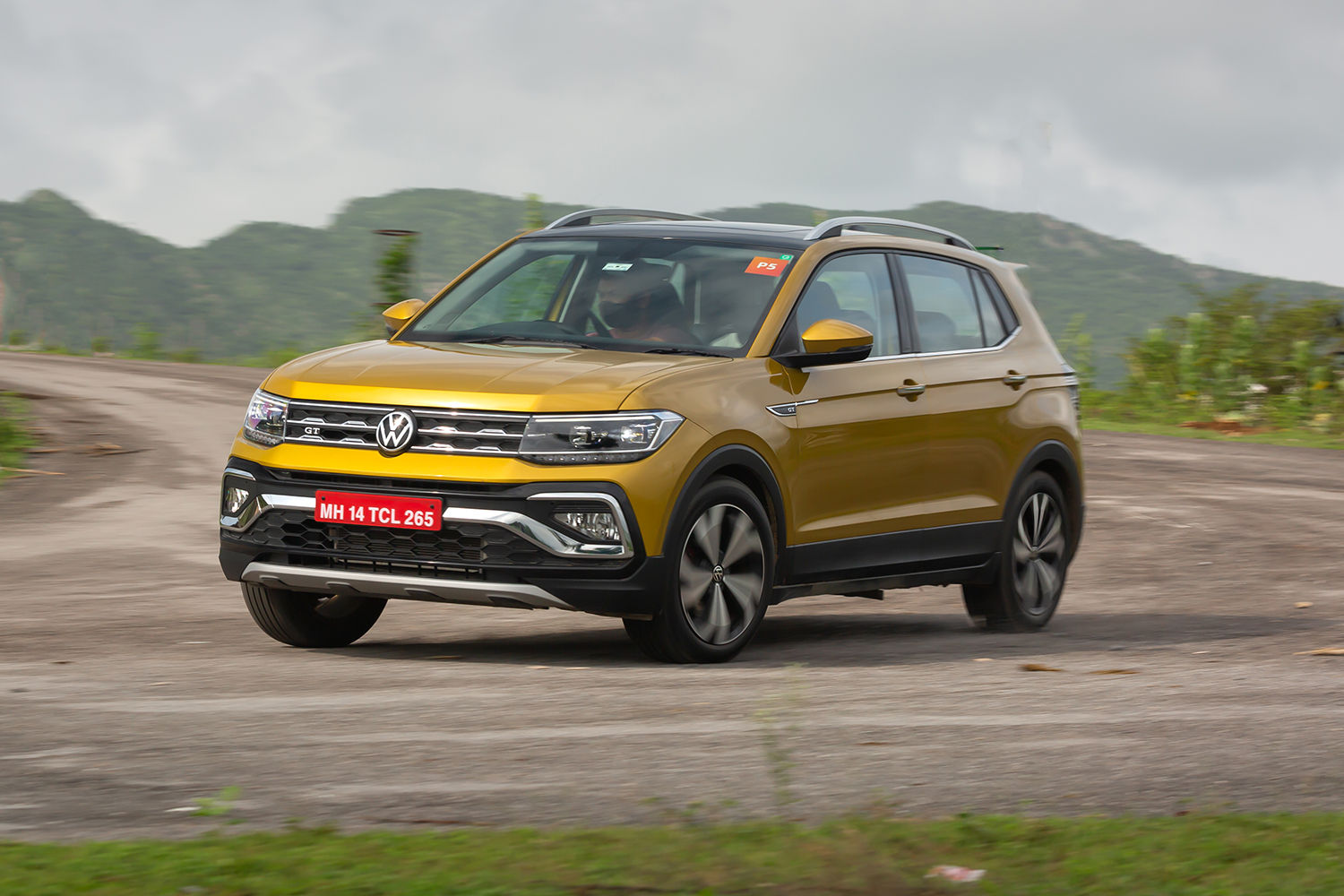 The Volkswagen Taigun has now been on sale in India for a full year. It is the brand’s first locally made compact SUV offering and its star product since the discontinuation of the Polo hatchback. The Taigun is one of the smallest cars in its segment but also the priciest, mainly due to its European design, premium features and performance-oriented drivetrains. It has a lot in common with the Skoda Kushaq, such as the MQB A0-IN platform and the two turbo-petrol engines - the 115PS, 1-litre TSI and the 150PS, 1.5-litre TSI.

One of the biggest changes for the Taigun since its launch has been its price tag. These days all carmakers are clear to point out that the prices announced at a launch are only the introductory rates and will be going up. In the case of the Volkswagen compact SUV, the prices were hiked in two big jumps. Here’s how they compare between now and a year ago:

Given that the Volkswagen Taigun was pricey out of the gate, it makes sense that its rates have gone up by less than a lakh in its first year. The 1-litre TSI and 1.5-litre TSI engines get the choice of a six-speed manual transmission. Expectedly, the biggest hike can be seen in the entry variant, while the mid-spec Highline is the least affected. The top trims have gotten pricier by around Rs 80,000.

The 1-litre TSI gets the choice of a six-speed torque converter automatic, while the larger engine is offered with a seven-speed DSG (dual-clutch). Here, the biggest price jump has been for the top-spec DSG variant by Rs 1.1 lakh, while the entry-level automatic variant got the smallest hike of Rs 70,000. These relatively moderate price changes, in keeping with rising prices of its rivals, keep the Taigun in consideration of its target buyers.

The feature list of the Taigun has not been as volatile as that of its Skoda cousin, but it has undergone some changes in its first year. Volkswagen updated the SUV to be equipped with auto idle start-stop and a tyre pressure monitoring system as standard. These features were previously limited to the Topline and GT trims only.

A minor but successful change was the update to the interior of the Taigun GT variants. At launch, all GT trims came with Cherry Red inserts on the dashboard which are now offered only if the buyer chooses the Cherry Red exterior paint as well. Else, all GT models come with gloss grey inserts.

It still gets features like a 10-inch touchscreen infotainment display, eight-inch digital driver’s display, sunroof, paddle shifters, cruise control and six airbags in the top trims. Surprisingly, the ventilated front seats are still limited to the Topline variant and not offered on the GT trims.

Marking the Taigun’s first year, Volkswagen recently introduced the First Anniversary edition, based on the Topline trim. It offers cosmetic differences such as variant-specific badges, decals and a new Rising Blue exterior paint.

The Volkswagen lineup looks a lot different in September 2022 than it did one year ago. With the discontinuation of the Polo hatchback, the Taigun compact SUV is currently the brand’s top selling model. Volkswagen stated that it has already received over 40,000 orders for the Taigun and more than half have been delivered. While recently monthly unit sales have slowed ahead of the festive season rush, it still has an average sales figure of 1,900 monthly units over the past six months.

It has managed to gain three percent of the compact SUV market share, and its year-on-year figures for August 2022 showed a growth of 26 percent. With no new compact hatchback in the near future for the VW India stable, the Taigun is currently the brand’s leading model, supported by the Virtus sedan.