According to the officially claimed figures, It’s more frugal than all of its other MPV and seven-seater SUV alternatives 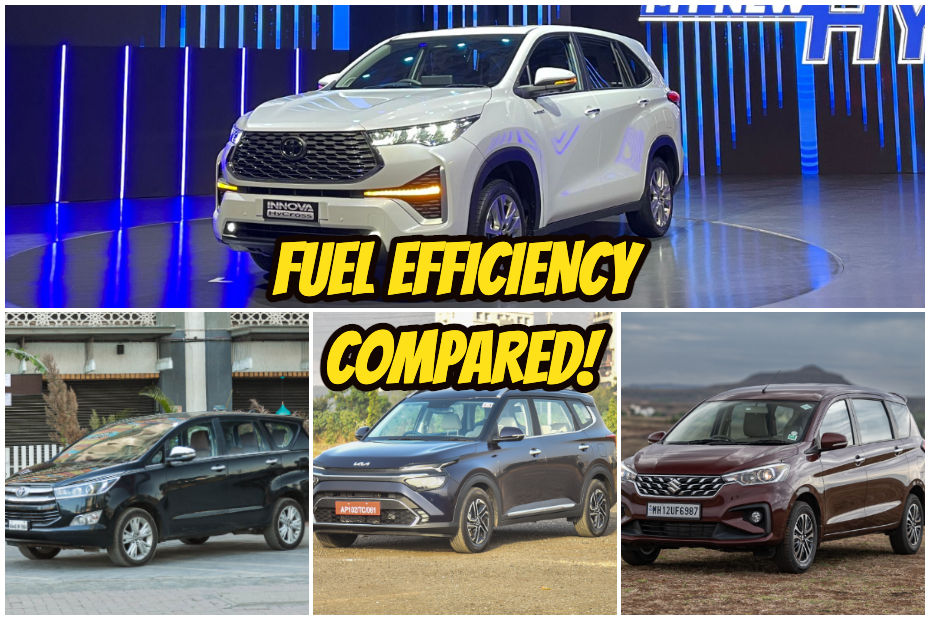 Toyota Innova Hycross has been unveiled in India, with prices likely to be announced in January 2023. The new generation of the MPV is a front-wheel drive model and is powered only by 2-litre petrol engine, which can also be preferred with a strong-hybrid powertrain.

The 186PS 2-litre strong-hybrid combination is coupled with an e-CVT (single speed transmission) and claims to deliver a fuel economy of 21.1kmpl. The Hycross, just like the Crysta, doesn’t have any direct rivals but is considered as a premium alternative to MPVs like the Carens, Triber and Ertiga. The apt but slightly more premium rival for it is the Kia Carnival.

Here’s a quick FE comparison of the Innova Hycross with other MPVs on sale:

Toyota has started accepting offline and online bookings for the Innova Hycross. The deliveries are scheduled to commence in January 2023. It's expected to be priced from around Rs 17 lakh (ex-showroom).