This Force Gurkha-Based Pickup Truck Gets A Rocket Launcher! 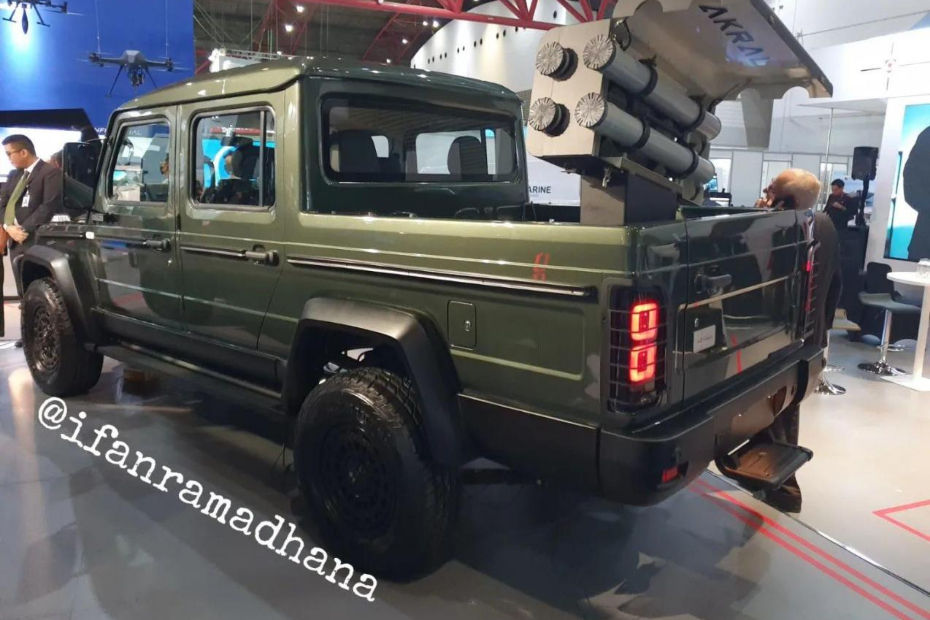 Indonesia-based Republik Motors has revealed two new models based on the Force Gurkha at the Indo Defence Expo and Forum. One is the much awaited five-door version, while the other is a pickup truck.

Both the models are called ‘Ksatria’ in the Indonesian market. The five-door version looks identical to the one that has been spied in India multiple times. The only exterior differences seen are that the Indonesian model gets a military brown shade and different alloy wheels. The interior has a dual-tone black and beige theme, which is different from the India-spec’s all-black cabin. It’s offered as a six seater with captain seats for the second row and a two-seater bench for the third.

The Gurkha-based pickup truck looks like a beast, especially with that rocket launcher mounted on the bed. It’s also offered in a five-door format but with seating for five people only. The five-door and the pickup are initially for the, Indonesian government only, but they might be introduced to the customers in future.

Both the models are powered by the same 90PS 2.6-litre diesel engine that we get onboard the India-spec three-door Gurkha. Further details of the Ksatria models aren’t unavailable but we’re expecting it to use a four-wheel drivetrain with a low range gearbox and mechanical front and rear differential locks.

These models will be exported from India and a later stage, might be produced locally. We’re expecting the five-door version of the Gurkha this month, possibly in multiple seating configurations. There’s no official word on the Gurkha pickup, but it would be a cool addition and an affordable alternative to the Isuzu D-Max V-Cross and Toyota Hilux.