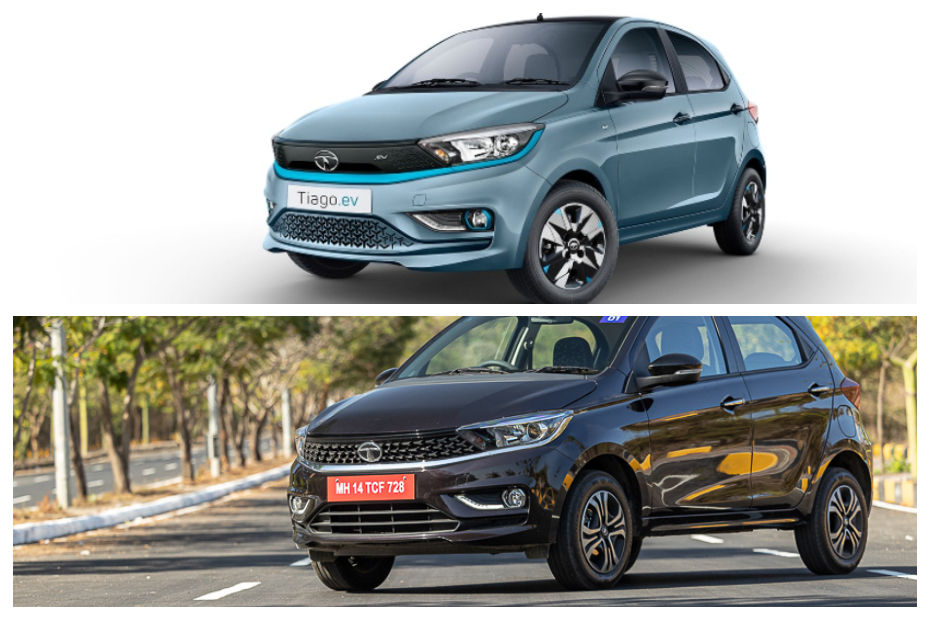 Tata has launched India’s most affordable electric car, the Tiago EV and its introductory prices range from Rs 8.49 lakh to Rs 11.79 lakh (ex-showroom). With this, the Tiago can now be had in three different versions - Petrol, CNG and Electric.

Here’s a brief variant-wise comparison between the on-road prices of the Tiago EV and Tiago petrol-AMT.

The Tiago EV comes with two battery pack options - 19.2kWh and 24kWh - with a claimed driving range of 250km and 315km, respectively. With a DC fast charger, the Tiago EV can be charged from 10 to 80 per cent in 57 minutes. Around three and a half hours will be required for the same when a 7.2kW AC charger is used, while the smaller battery takes less time, around 2.6 hours.

How Affordable Is The Tiago EV’s Daily Running?

Now, we have calculated the daily running costs of both models based on Bengaluru prices (fast charging CCS-2 Tata Power station) and claimed efficiencies. So, the Tiago EV’s per kilometre running cost is around Rs 1.4 per kilometre as opposed to Rs 5 per kilometre of the petrol AMT.

With an average daily running of 50km monthly, you’re spending around Rs 2,100 with the Tiago EV, while the running cost of the Tiago petrol AMT is almost four times more.