They are both huge SUVs that can seat seven, but exactly how far do they go on a litre of fuel? 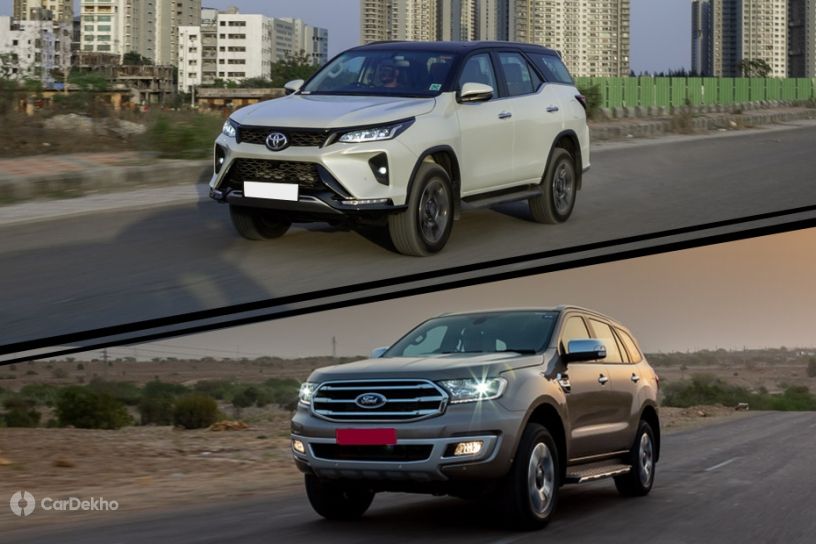 Be it space, comfort, or the ability to go anywhere, the Fortuner and Endeavour are both SUVs that can do it all. But exactly how much are they going to cost you in the process? After all, fuel prices are on the rise and a good fuel efficiency can never be a bad thing. We put these two SUVs through the fuel efficiency test to find out which one returns more bang for your buck.

We’ve taken the Legender variant, which is only available in a 4x2 configuration, for the Fortuner. However, the Endeavour we had was a 4x4. Here are their specs in the table below:

While Ford has shared the ARAI claimed efficiency of the Endeavour on their website, Toyota has not done so. They also refused to share this figure when we reached out to them. As we can see from the Endeavour’s ARAI figure, it sits right in the middle of its tested city and highway fuel efficiency, meaning that the ARAI figure is a mix of both.

As far as a comparison between the two is concerned, the Fortuner is the more frugal of the two, both on the highway and in the city. The Fortuner, however, is a 4x2 version, whereas the Endeavour is a 4x4 model and with the difference between the two being around 1 kmpl, the difference can be chalked down to the different powertrains. To know what fuel efficiency you can expect depending on your usage, check the table below:

As you can see from the table above, the Endeavour is the less efficient of the two SUVs. However, as mentioned earlier, this is because it has got four drive wheels, instead of the two driven wheels on the Fortuner Legender. These figures can also be different based on your driving style and other factors. What kind of fuel efficiency have you been getting? Let us know in the comments below.

Why don’t you do a proper apple to apple comparison?? It’s foolish to compare a 4x2 with a 4x4. Your comparison is null and void