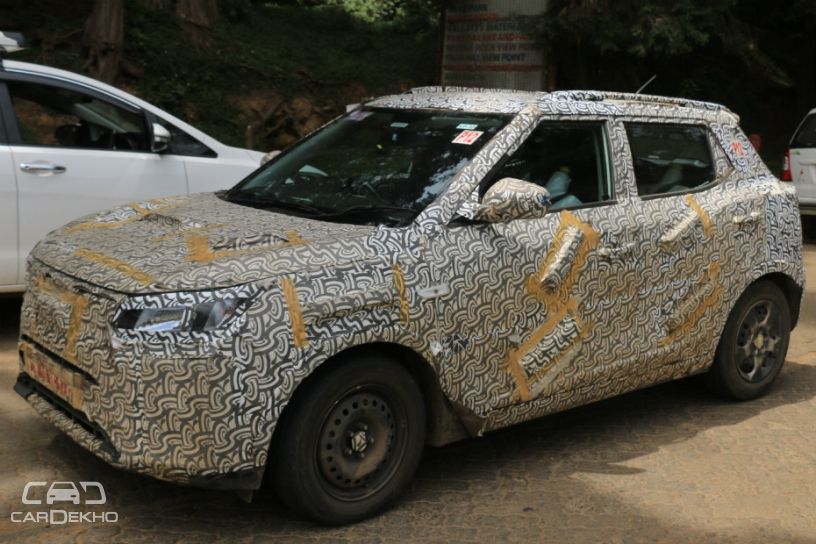 Mahindra has confirmed that its upcoming sub-4 metre SUV, codenamed the S201, will be powered by the new D15 diesel engine which recently made its debut with the Marazzo MPV. The carmaker also added that the SUV will have a tricky name like the Marazzo! The S201 is a sub-4m version of the Euro-spec SsangYong Tivoli, which was showcased at the 2016 Auto Expo.

The engine in question is a 1.5-litre, 4-cylinder unit developed in-house by Mahindra. It is the most powerful 1.5-litre diesel engine available in the country with 122PS of max power and 300Nm of peak torque. On the Marazzo, the transversely-mounted engine is coupled to a 6-speed manual and drives the front wheels. Expect the output and the layout to remain identical for the monocoque-based S201 sub-compact SUV as well.

Like the Marazzo, Mahindra is likely to offer the S201 with an automatic option once BSVI emission norms come into place in 2020. Although we have no official info about the automatic transmission, both the Marazzo and the S201 are expected to feature a 6-speed auto ‘box.

That’s because the Tivoli already gets a 6-speed automatic transmission in Europe with both the 1.6-litre petrol and diesel engines, and the same can be found in the front-wheel driven  Mahindra XUV500 as well. Although there’s no info about the petrol-powered S201, it is rumoured to get a turbocharged version of the KUV100’s 1.2-litre, 3-cylinder engine.

The S201 is expected to be launched around Diwali. It will go up against the likes of the Ford EcoSport, Maruti Suzuki Vitara Brezza, Honda WR-V, Tata Nexon and the upcoming sub-4 metre SUV from Hyundai codenamed the QXI. The latter is set to be launched in April 2019. Most importantly, Mahindra is planning to offer a sunroof with the S201. This isn’t surprising since the Tivoli already gets the same in Europe. Currently, the EcoSport and the WR-V are the only SUVs in the segment to get the feature. The S201 is expected to be priced between Rs 7 lakh to Rs 10 lakh (ex-showroom).