The Civic will return after a five-year hiatus, with a diesel engine option for the first time in the country 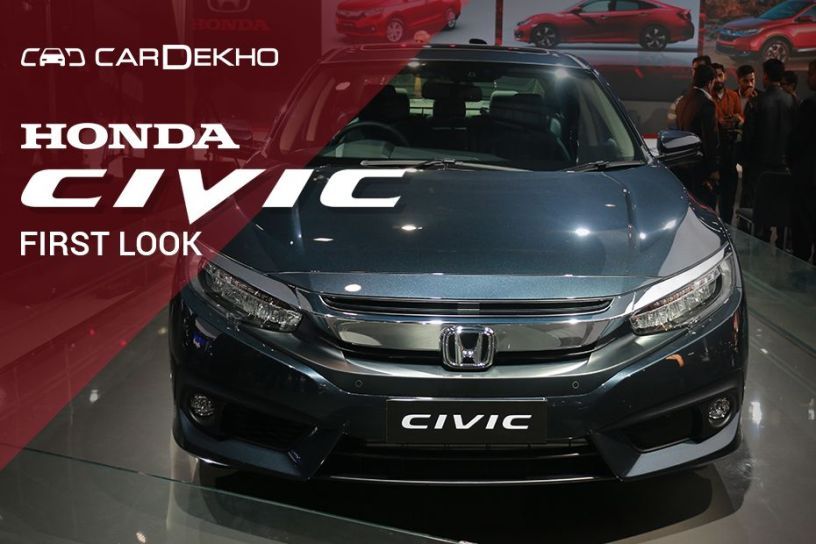 The tenth-generation Honda Civic, which was discontinued from the Indian market in 2013, was showcased at the Auto Expo 2018. India didn’t get the ninth generation of the Civic but Honda says that the tenth-gen Civic will be launched in India within a year. Sitting between the City and the Accord, the Civic has quite a following in the market. And the latest model promises to fill the gaps in the packaging of the last one. Here’s what we can expect from the India-spec Honda Civic.

Launch: Honda says that the Civic will be launched in the financial year 2018-19 – that means before April 2019. The Civic was revealed alongside the second-gen Amaze and the fifth-generation CR-V at the Auto Expo 2018.

Rivals: The Civic will primarily go up against the Skoda Octavia and the Toyota Corolla Altis, its age-old rivals, along with the Hyundai Elantra. It used to compete with the VW Jetta as well in India before; however, the Jetta has been out of the market since last year.

Trivia: The tenth-generation Civic made its debut in September 2015 in the USA as a 2016 model year sedan. It debuted Honda’s modular compact global platform, which is also underpinned by the upcoming India-bound tenth-generation Accord and the fifth-generation CR-V. Globally, Honda retails four models under the Civic nameplate: hatchback (five-door), sedan (four-door), coupe and the Type R.

The new Civic retains that low-slung stance that made the last Civic popular in the country.

The new Civic was among the initial models to sport Honda’s current design language in which the edges of the headlamps meet the top of the grille at the leading edge of the bonnet. This width-spanning setup helps in projecting a wide and a meaner attitude. It also has the hockey stick-shaped LED daytime running strip at the outer edge of the headlamp cluster that your also see on the City and the Accord.

Like the Accord, the Civic too features LED headlamps (multiple multi-reflector units).

The most striking design element of the new Civic is its coupe-like roofline. The Civic is no longer a proper three-box vehicle and this will definitely make it stand out among its peers. In fact, the tenth-generation Accord too flaunts a similar roofline. And who knows, Honda might as well introduce the same in the next-generation City.

The new, hunkered-down face makes it look angrier from the sides.

It rides on up to 215/50 cross-section R17 radials on machined wheels.

At the rear, the steeply swooping roofline merges with the C-shaped tail lamps.

The low-set driver’s seating position is sporty, much like it was in the previous Civic that was sold in India. That’s because you continue to sit quite low as it has retained its sporty driving position. In fact, if you put the electronically adjustable driver's seat to its lowest position, your legs would be nearly straight, like you're sitting in a sports car.

Unlike the City and the Jazz, the dashboard is pretty low-set, just as before. The central tunnel, on the other hand, is set high. So, while sitting behind the wheel, you’ll feel as if the entire dashboard is wrapped around you, giving you a more reassuring feeling.

The front seats offer just the right amount of firmness for an average-sized adult and appeared well-bolstered as well in our first short meeting with the Civic. They also offer ventilation. Like the premium Hondas, the headrests of the Civic offer whiplash protection. The front windscreen is large and wide like most of the Hondas.

The Civic gets a digital instrument cluster (the split setup found in the previous generations has been ditched). It is a 7-inch unit and displays tachometer and speedometer along with a host of information including navigation instructions, audio track, smartphone contacts, trip info, and vehicle maintenance information.

The contour of the new steering wheel, which is also seen in the upcoming CR-V, makes it grippy and nice to hold. There’s a new scroll volume rocker on the left side.

Quality of the cabin is at par with, say, one of the best selling cars in the segment, the Skoda Octavia. It is likely to have an all-black dashboard like the display car, with a textured central applique.

Like the last model and the current City, we’re expecting Honda to offer a sunroof on the new Civic as well.

It gets a semi-floating type 7-inch touchscreen infotainment system which is different from the one in the City/WR-V/BR-V. The Civic borrows it from the Accord Hybrid.

The infotainment unit offers Apple CarPlay and Google Android Auto connectivity along with a connected app suite. We’ve used this unit on the Accord and it’s competitive with respect to what the Civic’s peers pack. For the techies, it packs a Nvidia Tegra 3 quad-core processor and offers 178-degree viewing angle.

The global sedan model packs up to a 10-speaker system, which is rated at 465 watts. The display car at the Expo had the same unit.

Since the wheelbase has remained unaltered compared to the last Civic in India, it should offer as much legroom as before. Check out the picture below (the driver’s seat was adjusted to my preference – I’m 5’10’).

Tall passengers – like the over-6ft-tall person sitting in the rear in the picture below – will rub their head against the headliner. That's the only downside of its coupe-like roofline.

Overall, the Civic will definitely bring that old charm that Honda’s lineup had lost in the last few years. A Japanese car with a powerful engine, sporty exterior design and a low-set driving position - the Civic can plaster a big smile on any enthusiast looking to buy a car around the Rs 20 lakh mark.