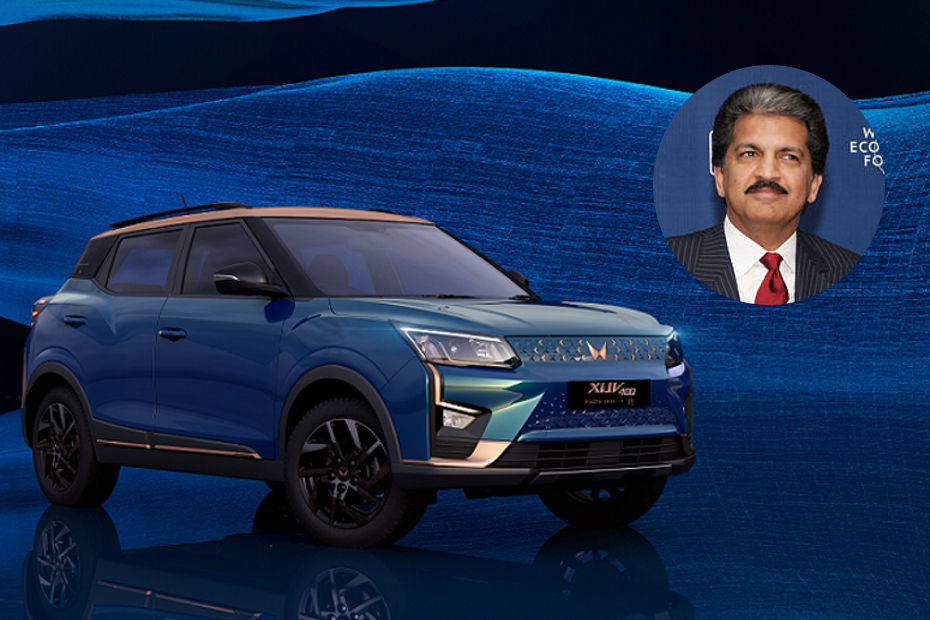 Anand Mahindra, the Chairman of the Mahindra Group, will be personally handing over keys of the one-of-one XUV400 in a special ceremony on February 10 at the Formula E weekend in Hyderabad. The special car will be up for auction from January 26 to January 31, 2023, and the proceeds will go towards something good.

The winner will get to choose if their winning bid will go to the winners of the Mahindra Sustainability Champions Award or to a non-profit organisation of their preference. Mahindra will also match the winning bid amount and do the same.

This one-of-one XUV400 with cosmetic changes inside-out is a product of the collaboration between Pratap Bose (Chief Design Officer at Mahindra & Mahindra) and fashion designer Rimzim Dadu. These changes include a new black leather upholstery with copper stitching and blue inserts, along with a duffle bag, side bags and blue steel wire cushions in the rear. You also get ‘Rimzim Dadu X Bose’ branding inside and on the C-pillar, and it gets a blue outline around the ‘Twin Peaks’ logo.

The XUV400 comes with two battery pack options, 34.5kWh and 39.2kWh, with a claimed range of up to 456km. It features a seven-inch touchscreen infotainment system with Android Auto and Apple CarPlay, leatherette upholstery, single-pane sunroof, up to six airbags and all-wheel disc brakes.

Mahindra has recently launched the electric SUV, priced between Rs 15.99 lakh and Rs 18.99 lakh (introductory ex-showroom). It is a direct competitor to India’s top-selling EV, the Tata Nexon EV.