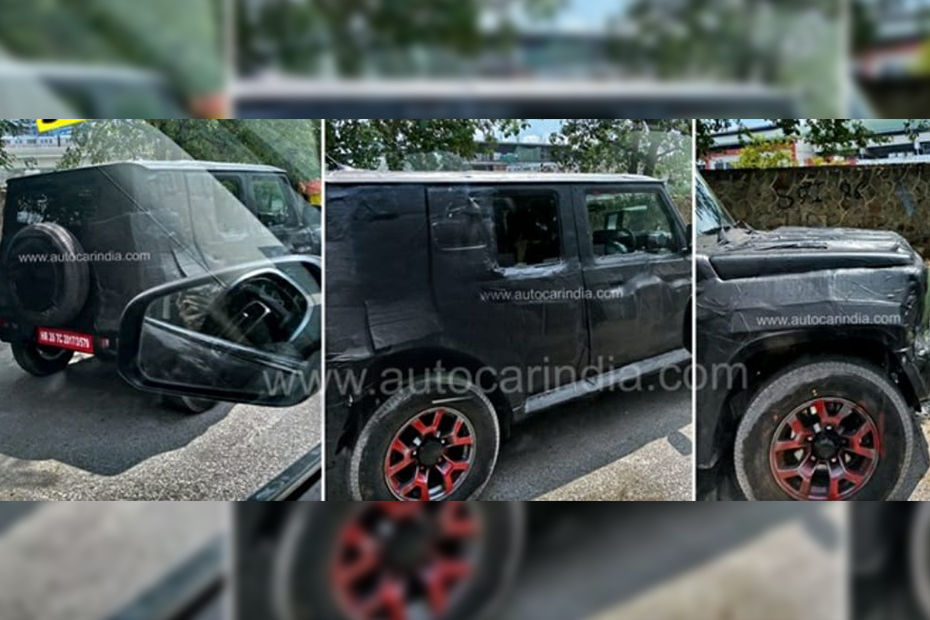 By now, we are sure you must have seen numerous spy shots of the five-door Suzuki Jimny spotted on international soil. Now, the long wheelbase Suzuki SUV has been spied in India for the first time draped in black camouflage. The five-door Jimny might even bring back the ‘Gypsy’ nameplate in our country.

In the profile, we can see the grown length of the SUV over its three-door iteration and the inclusion of the rear doors. It continues to get the typical tailgate-mounted spare wheel, chunky alloy wheels, a kink in the front windowline, and bumper-integrated LED taillights, all like the global short wheelbase version. Globally, the long wheelbase/five-door model will feature the mid-life update for the three-door Suzuki off-roader.

Although there are no details of the interior in the shots, they do give away that the test mule was a right-hand drive (RHD) model, further confirming the belief that it is India-bound. Till now, all produced units of the three-door Jimny in India have been for exports, sporting a left-hand drive (LHD) version.

Apart from that, it could come with a similar equipment list as seen on new Maruti cars. This includes a nine-inch touchscreen, 360-degree camera, up to six airbags, and electronic stability control.

Maruti is expected to provide the five-door Jimny with the same 1.5-litre DualJet petrol engine (103PS/137Nm), with the mild-hybrid tech as the Grand Vitara and Ertiga. It should get two transmission options: a five-speed manual and a six-speed torque converter automatic. Maruti will offer it with a four-wheel drivetrain (4WD) as well. The five-door Jimny might also be offered with a 140PS, 1.4-litre, BoosterJet turbo-petrol engine.

The made-in-India SUV is likely to break cover at the upcoming Auto Expo 2023 and will be sold via Maruti’s NEXA showrooms, with an expected starting price of Rs 10 lakh (ex-showroom). Its rivals will be the five-door versions of the Mahindra Thar and Force Gurkha.