More powerful engines, new features and updated looks on the mid-life refreshed Ford hatchback; likely to be more affordable than before 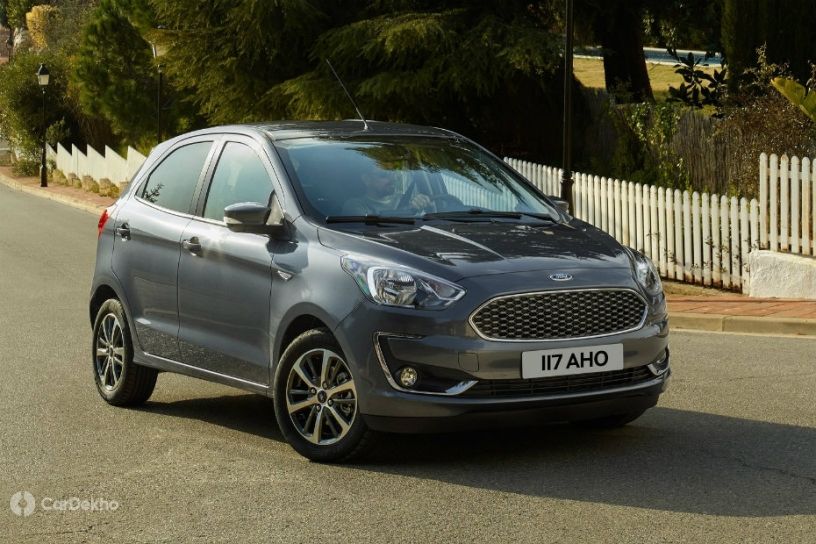 Update: The new Ford Figo has been launched at a starting price of Rs 5.15 lakh (ex-showroom, pan-India), read the details here.

Ford’s last model for the current financial year will be the facelifted Figo hatchback, which is scheduled to launch on 15 March. Apart from the cosmetic updates, the 2019 Figo is likely to get the new petrol engine and features that are also offered on the facelifted Aspire and Freestyle, both of which were launched last year.

The 2019 Figo should get the more powerful 1.2-litre Dragon engine that produces 96PS of power and 120Nm of torque, now mated to the 5-speed manual gearbox that debuted on the Freestyle and later on the Aspire. Ford is expected to carry forward the same 1.5-litre diesel engine, albeit with a new 5-speed MT, as is the case with the Aspire and Freestyle.

The automatic variant of the facelifted Figo may get Ford’s 1.5-litre 3-cylinder petrol engine (123PS/150Nm) mated to the 6-speed torque convertor from the Aspire and the EcoSport. That means the previous 1.5-litre 4-cyl petrol engine with a 6-speed DCT that made 11PS and 14Nm fewer will no longer be available from Ford.

The cosmetic updates for the new FIgo are more clearly visible in these latest spy shots, which confirms new headlights, a new front grille (blacked out on this variant), revised bumpers and new dark-finished alloys. In the model spied, there were also some decals and dual-tone rear  bumpers.

In terms of interior and feature updates on the 2019 Figo facelift, expect it to be equipped with a 6.5-inch touchscreen SYNC3 infotainment system with Apple CarPlay and Android Auto compatibility on the tops-spec variant. Safety equipment such as dual front airbags, rear parking sensors and ABS with EBD are likely to be standard along with 6 airbags on the top-spec variant, as is the case with the Aspire.

Crucially, the new Figo with a more powerful engine is likely to be priced lower than the outgoing model, probably starting from around Rs 5 lakh, which is a saving of upto Rs 83,000 on the base-spec model. The top-spec petrol-AT variant, however, is likely to be priced similarly as before, around the Rs 8.5 lakh mark. There is no word on Ford introducing the new Figo with an S variant but a CNG variant is likely to be on offer, like the recently launched Aspire CNG. Once launched, the facelifted Figo will resume its rivalry with the likes of the Maruti Swift and Hyundai Grand i10.