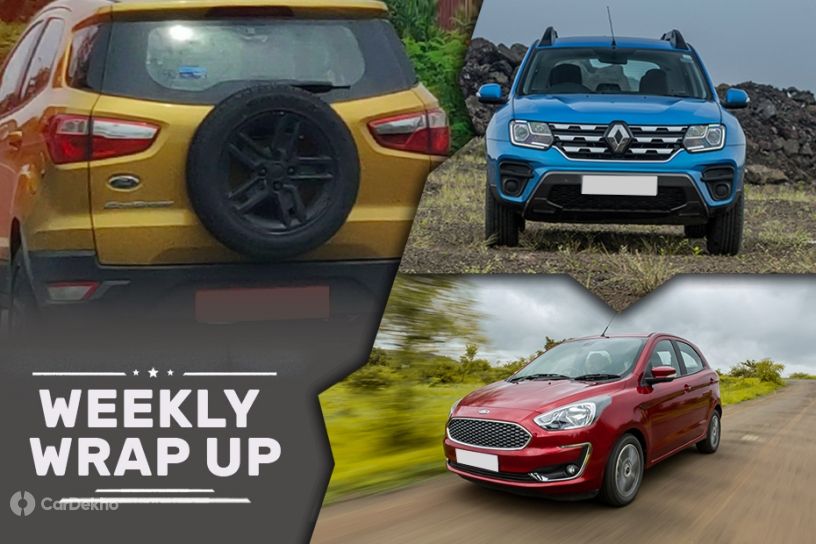 Audi India’s Lineup Gets An EV: The e-tron’s India innings has finally begun with Audi revealing its prices on July 22. It is available in two body styles (SUV and Sportback) and three variants. The e-tron is offered with two battery packs and offers a WLTP-claimed range of up to 484km (on the higher variants). How much will you have to shell out for the Audi EV?

Ford Figo Regains Its Automatic Charm: Ford has resurrected the previously offered 6-speed torque converter gearbox on the Figo in a more sensible package. However, the AT gearbox is available only with two petrol variants of the hatchback.

Tata Tiago NRG To Return Soon: While Tata offered the NRG version of the Tiago in its pre-facelift form, it was discontinued ahead of the facelifted Tiago’s launch. The Tiago NRG is set to be relaunched based on the facelifted model. Its prices will be revealed on this date.

Honda Amaze Facelift Incoming: Honda’s second-gen Amaze has been on sale since 2018. The carmaker is set to launch the facelifted version of the sedan in August. Head here to find out what you can expect from the update.

Maruti EV Launch Plan Details Out: We’ve been hearing Maruti’s plans of launching an electric vehicle in India for quite a while now. As per a recent Japanese report, the Maruti EV finally has a launch timeline for our country. Here’s how much it would cost.

Current-gen Renault Duster To Be Discontinued?: While Europe already has the second-gen Duster on sale (which was facelifted recently), Renault is still offering the first-gen model in India. A report has now surfaced online suggesting Renault’s plans to pull the plug on the SUV. What could be the reasons?

Hyundai Casper Interior: Hyundai’s upcoming micro SUV (likely to be called the Casper) has been spied again, this time, giving us a first look at its interior. The latest images reveal several details of the model’s exterior and interior. Check it out here.

Ford EcoSport Facelift Spied In New Colour: Ford seems to be readying a facelifted version of the EcoSport for India which is expected to go on sale by Diwali. While previous spy shots had hinted at prominent changes, the latest images reveal a new exterior shade.