How well does the Figo automatic hold up compared to segment stalwarts like the Swift and Grand i10 Nios? 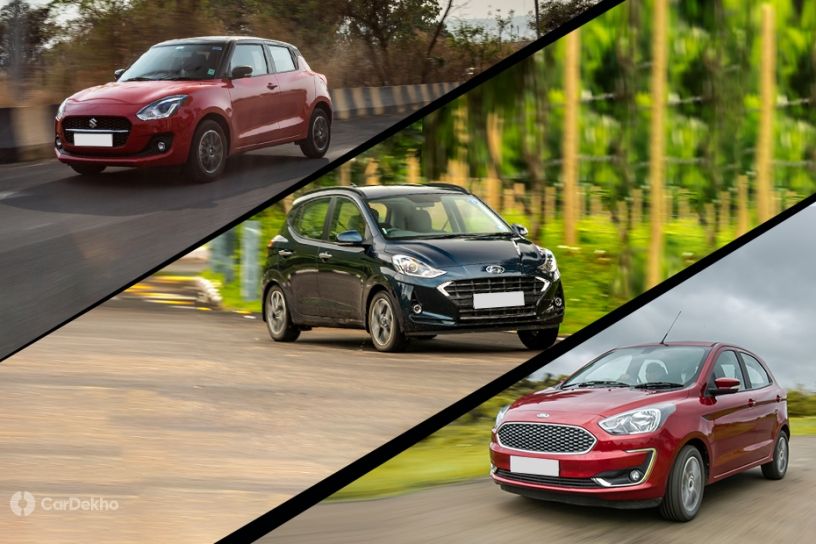 Ford recently brought back the petrol-automatic combine for the Figo. With the new automatic transmission, the hatch is now more versatile, offering that extra degree of flexibility in choice to those looking to bring it home. However, does it offer enough in terms of performance and features to make it a better value proposition than the Maruti Swift and Hyundai Grand i10 Nios? We find out.

At 2490mm, the Figo has the longest wheelbase and is also the longest car overall (measuring 3941mm in length). On the other hand, the Swift is the widest and the tallest and has the biggest boot space measuring 268 litres.

The Figo has the most powerful engine of the three and also makes the most torque. Importantly, it uses a traditional torque converter with six ratios instead of the relatively less refined AMT on the Swift and Grand i10 Nios, both of which have only five gear ratios. However, when it comes to claimed fuel efficiency, the Swift and Grandi10 Nios have a significant edge over the Figo.

The Figo doesn’t offer the fanciest features like the Grand i10 Nios or Maruti Swift. It, however, gets connected car tech and six airbags, which its two competitors miss out on.

The Grand i10 Nios is the least expensive and fully specced petrol-auto offering in this comparison. Its USP is the bigger screen and wireless charging. The Figo is the next best option when it comes to price, also offering the most comprehensive safety package and connected car tech, which, surprisingly, both its rivals miss out on. The Swift is the most expensive option here, providing a good blend of features and safety.