Volvo Brings The Facelifted XC60 And S90 To India

Both the facelifted Volvos are priced at Rs 61.90 lakh, a premium of a lakh over their pre-facelift versions 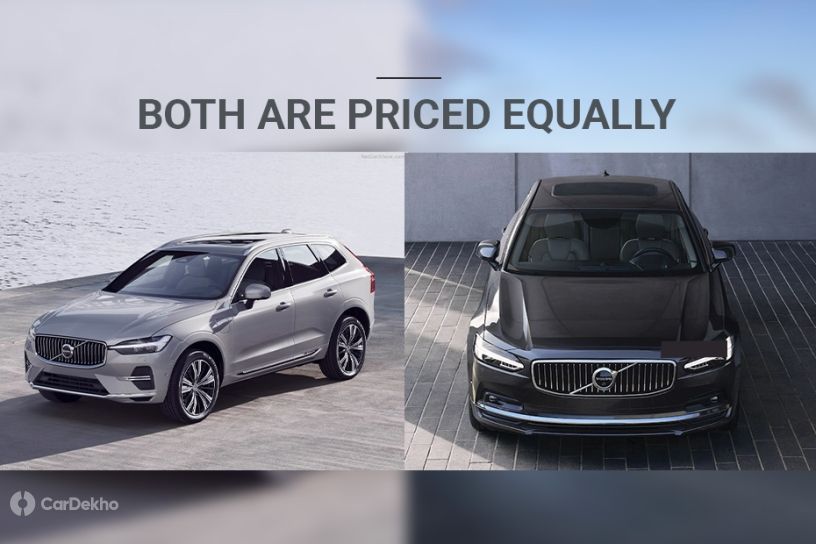 Volvo has launched the facelifted XC60 SUV and S90 sedan in India, both priced at Rs 61.90 lakh. The two are petrol-only semi-electric cars, and with this, Volvo seems to have kick-started its endeavours of going fully electric.

Take a look at the table below:

Both the SUV and the flagship sedan are available in only one trim: B5 Inscription. As you can see from the table above, the two models now cost a lakh more than their pre-facelift versions.

First up, the SUV. The facelifted XC60 gets minor cosmetic enhancements, including a revised front grille, new front and rear bumpers, chrome inserts, and a new design for the alloy wheels. However, the cabin is more or less the same.

Now, to the sedan. The facelifted S90 also has got styling upgrades, including a new front bumper and a revised front grille. It features the updated Android infotainment system (the same as the new XC60), an air purifier, a 360-degree camera, massage function for the front seats, and blind spot monitoring. The sedan is available in four colours: Crystal White, Bright Silver, Denim Blue, and Onyx Black.

However, the most significant change to both models hides under the hood. The two have now been provided with a 2-litre petrol engine (250PS/350Nm), paired with a 48V mild-hybrid system for torque assist and improved fuel efficiency.

Volvo has also introduced a 3-year service warranty package for both cars at Rs 75,000. The carmaker recently announced that it would offer a lifetime warranty on parts provided there’s no change in ownership of the vehicle.

The SUV goes up against the BMW X3, Audi Q5, Mercedes-Benz GLC, and Lexus NX. And the facelifted sedan competes with the Audi A6, BMW 5 Series, Mercedes-Benz E-Class, and Jaguar XF.