Toyota Innova Hycross To Get A Panoramic Sunroof

Update (25/11/2022): Toyota has unveiled the Innova Hycross in India. Bookings for the MPV are now underway, while its prices are likely to be revealed at the 2023 Auto Expo. 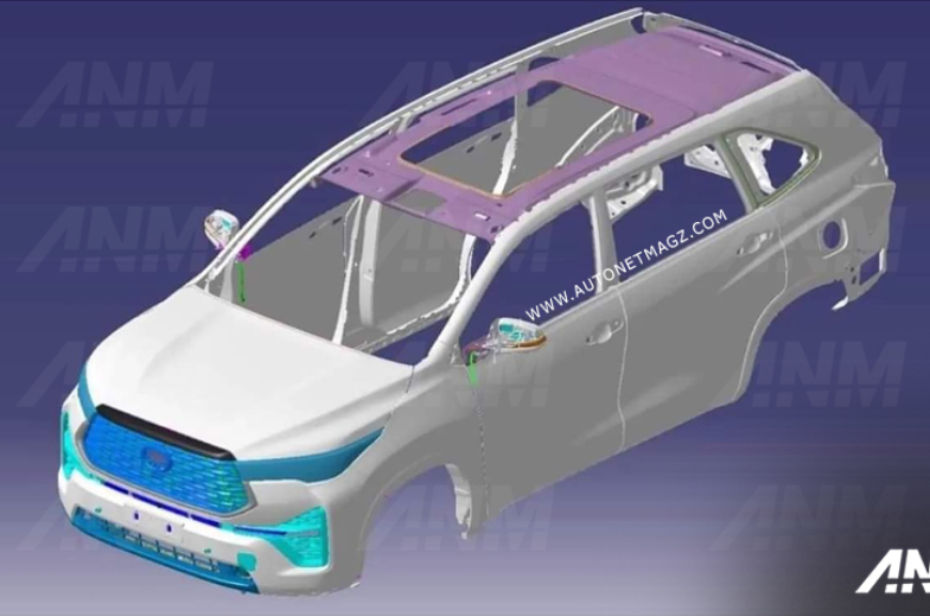 The design patent of the upcoming Toyota Innova Hycross has been leaked, giving us a glimpse of the MPV’s exterior styling. The most important detail seen here is the presence of a panoramic sunroof, which is a first for the Innova nameplate. A panoramic sunroof is also seen on board the Toyota Hyryder compact SUV.

The design leak shows the panoramic sunroof covering the first two rows. Other than that, you can also notice that the Innova Hycross looks sportier and more mature than the Crysta. Toyota Indonesia had only recently teased the front profile of the Hycross.

Also Read: Maruti Grand Vitara vs Toyota Hyryder - Which One Is Available The Earliest?

Besides the fresh styling, the Innova Hycross will also be underpinned by a new monocoque platform rather than a ladder-on-frame chassis used by the Innova to date. Due to this change, the Innova will now be a front-wheel drive MPV instead of being a rear-wheel drive car. The Hycross is also expected to be longer and wider than the outgoing Innova Crysta.

Toyota is going to equip the Innova Hycross with a 2-litre strong-hybrid petrol engine, which is likely to be rated at around 190PS. Meanwhile, the Hycross will skip the diesel option, but there are chances of it getting a regular petrol-only powertrain to ensure that the base variants stay more relevant and to keep the entry-level price of the MPV down.

With several styling, feature, platform and powertrain upgrades, we’re expecting the Innova Hycross to retail from around Rs 20 lakh (ex-showroom). It will be sold alongside the existing Innova Crysta and as a premium alternative to the Kia Carens and Mahindra Marazzo.