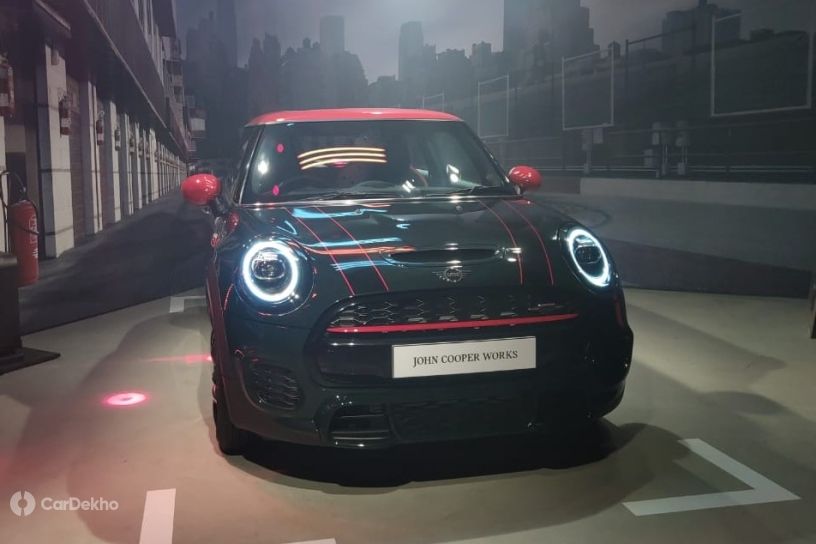 The Mini John Cooper Works has been launched in India at a price of Rs 43.5 lakh (ex-showroom). Essentially a go-fast version of the Mini 3-Door Hatch, the Mini JCW will be available at all Mini dealerships from June 2019. The petrol-powered hatchback costs Rs 9.3 lakh more than the Mini 3-Door Cooper S (petrol) and offers 39PS more power. On the road, that translates into a quicker 0-100kmph time of 6.1 seconds (claimed) for the JCW compared to the Cooper S’ 6.7 seconds. In terms of fuel efficiency, while the Cooper S is claimed to deliver 17.33kmpl, the JCW offers 16.47kmpl.

The Mini 3-Door Hatch is also available with a diesel engine (Cooper D). It costs Rs 29.9 lakh (ex-showroom), makes 114PS of maximum power and can do the 0-100kmph stint in 9.2 seconds. The Cooper D’s claimed fuel efficiency is 20.7kmpl.

The almost Rs 10 lakh extra that you pay for the JCW over the Cooper S doesn’t just result in a bump in power but adds some equipment too. Here’s the list of equipment that the JCW gets over the Cooper S (and vice versa). Since Mini offers some of the JCW’s equipment on the Cooper S as optional accessories, we’ve included the cost of these upgrades as well:

So while the Cooper S gets additional LED fog lamps that the JCW doesn’t, you can upgrade your Cooper S with the equipment that’s available on the JCW at an additional cost of Rs 8.02 lakh. However, that’s not all, the JCW is available with a few more goodies that the Cooper S doesn’t get. These include:

There’s a host of additional equipment that you can order on the JCW too including, but not limited to, adaptive LED lights, front and rear Park Distance Control, panoramic sunroof, adaptive suspension, Apple CarPlay, Mini navigation system and auto-dimming interior and exterior mirrors.

So between the JCW and Cooper S, which Mini should you buy?

The answer is simple. If you have the money, go for the JCW. It justifies the extra price as we’ve seen above.

If, however, the reason behind buying a Mini is (only) to stand-out in a crowd (of cars), it’s better to buy a Cooper S, order some exterior livery on a body colour of your choice, add some comfort-related features and you’re done.