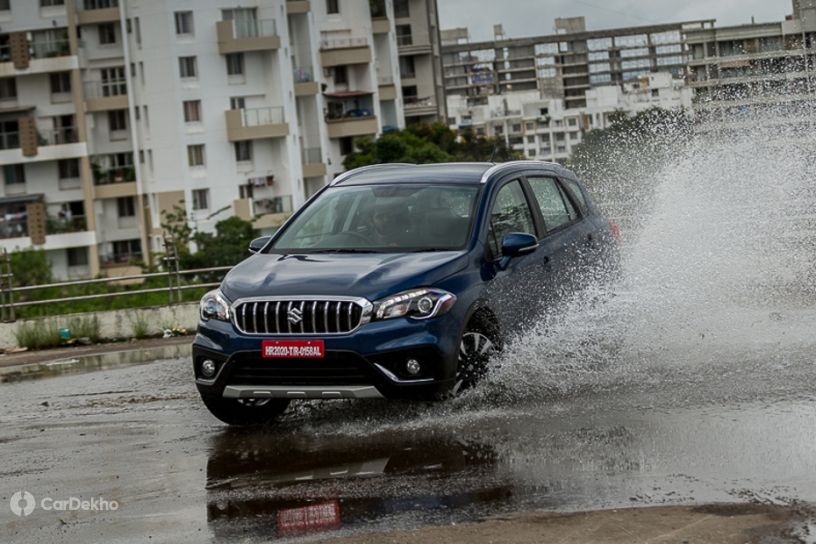 Maruti’s debut product for the premium NEXA showrooms, the S-Cross, will soon be shown the door. Its production has already come to an end to make way for the upcoming Hyundai Creta-rival, the Grand Vitara.

The S-Cross’s History In India

The Maruti crossover was launched back in August 2015 as a diesel-only offering. Maruti offered it with Fiat-sourced 1.3-litre (90PS and 200Nm) and 1.6-litre engines (120PS and 320Nm). While the former was mated to a 5-speed MT, the latter got a 6-speed transmission. The larger capacity engine’s torque was the segment-best at that point in time, and both diesel units offered an ARAI-claimed fuel efficiency of over 20kmpl.

It was a fairly well-equipped offering as well, which got features such as push-button start/stop, a touchscreen system, and auto AC. Back in the day, all NEXA models, including the S-Cross, came with dual front airbags, ABS with EBD, and rear parking sensors as standard.

Maruti then launched the facelifted S-Cross in 2017. With the mid-life update, the carmaker addressed a major issue which was its hatchback-like design. Maruti had to ditch the larger slow-selling 1.6-litre diesel unit, resulting in just one powertrain option.

Then, in 2020, the biggest update came with Maruti’s decision to be a petrol-only manufacturer. This replaced the S-Cross’s 1.3-litre unit with a 1.5-litre petrol heart (capable of producing 105PS and 138Nm), with both 5-speed MT and a 4-speed automatic (a first for S-Cross).

What Caused The Downfall Of The S-Cross?

From 2019, the compact SUV space was gaining more traction with new and more modern SUVs entering the market, such as the Kia Seltos and new generation Hyundai Creta (March 2020). This led to stiffer competition, as all the SUVs in this space were packing a lot more than what the S-Cross offered in terms of design, equipment, and powertrains.

This is evident from the S-Cross’ dated automatic gearbox option and design, narrow features list, and the lack of a diesel powertrain altogether since 2020. To give you a picture, the S-Cross’ average six-month sales number failed to cross the 2,000 unit mark for the first half of 2022.

Maruti has fortunately been cognisant of the fact and decided to take action without it being too late. The carmaker will be replacing the S-Cross with the Grand Vitara and it will be unveiled on July 20.

The new SUV will put Maruti in a better position to compete against other carmakers offering more capable and loaded compact SUV offerings. As part of the Grand Vitara’s teaser, Maruti has hinted at more SUVs joining the NEXA lineup in the coming times.