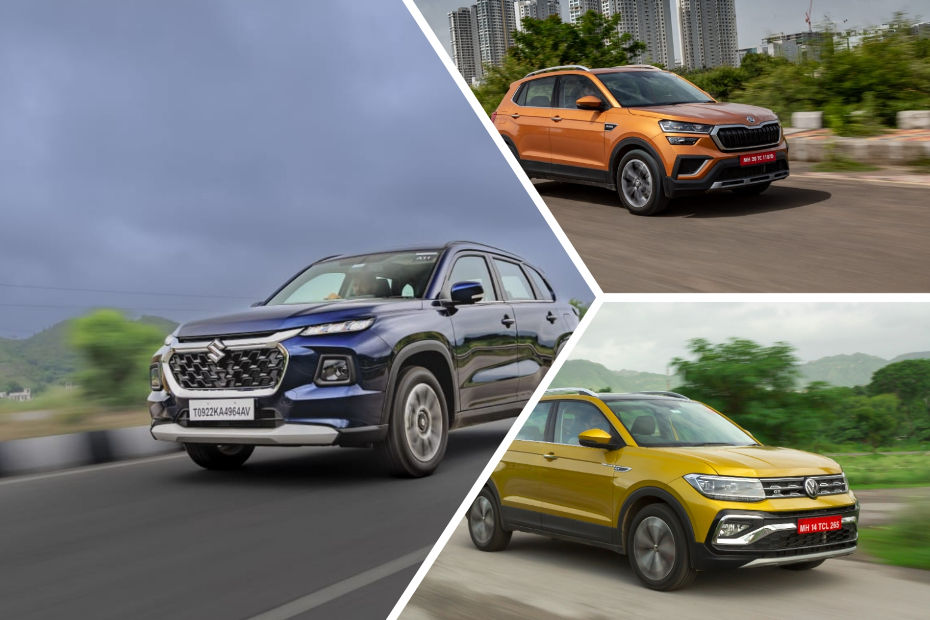 Maruti Suzuki has entered the compact SUV space in India with the new generation Grand Vitara and it is one of only two cars in the segment, the other being the Toyota Hyryder, to be offered with a strong-hybrid powertrain.

The compact SUV competes against the Skoda Kushaq and Volkswagen Taigun and therefore, we're pitting the trio against each other to see which one will poke the smallest hole in your wallet on the basis of their real-world fuel efficiency figures (obtained through our tests).

Based on our mileage tests, the Grand Vitara outperforms the Kushaq and Taigun by more than 8kmpl in both city and highway driving circumstances. This offers a real-world perspective of the economic benefit of running a strong-hybrid powertrain that uses an electric motor along with a naturally aspirated 1.5-litre petrol engine tuned to operate at peak efficiency.

Meanwhile, the 1.5-litre, four-cylinder turbo-petrol engine found in the Skoda and Volkswagen features cylinder deactivation technology to maximise efficiency where possible without compromising on outright performance.

Let's have a look at the fuel economy of these compact SUVs in mixed conditions:

The Grand Vitara earns the best mileage figures in mixed driving situations, with a difference of roughly 9kmpl over its competition in question. That said, the difference is obvious because the power and torque outputs of both the Kushaq and Taigun are more than that of the Grand Vitara.

The Taigun and Kushaq's active cylinder deactivation, on the other hand, turns off two of its four cylinders when there is reduced load, although they only manage a maximum fuel economy of up to 16.72kmpl in highway driving circumstances.

To sum it up, the Grand Vitara is more fuel-efficient compared to the Kushaq and Taigun. Bear in mind that these fuel efficiency figures may vary depending on the driving style, road condition and vehicle health. If you own any of these models,or any of their competition not included in this comparison, feel free to share your findings with us in the comments below.

1 out of 4 found this helpful

I think it is a interested party for Maruti motivated promotion. This is absurd comparison with a strong hybrid vehicle with a naturally aspirated petrol engine. It is not an apple to apple comparison