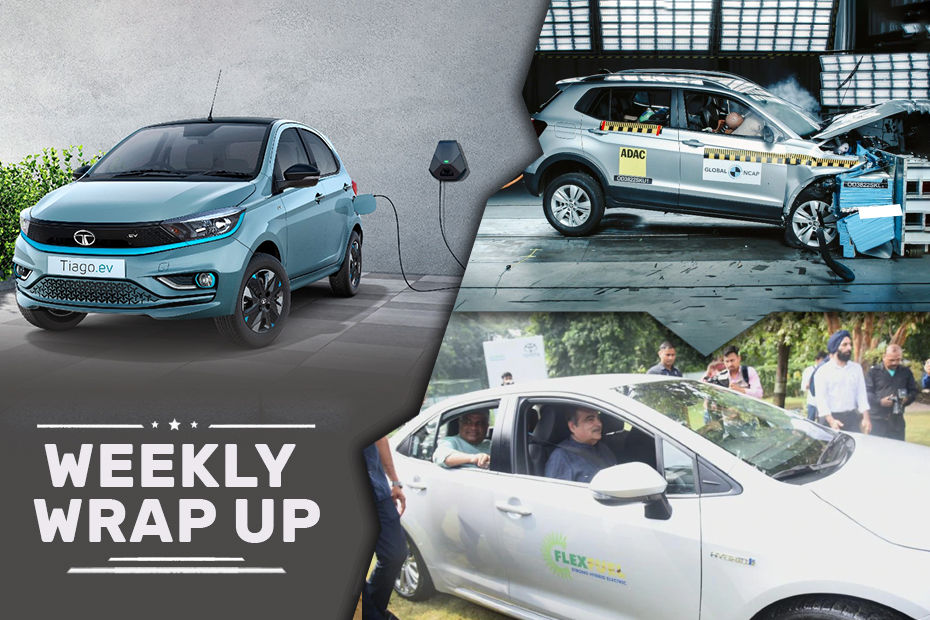 Most of the highlights from this past week belong to the rising EV space in India, from the Tata Tiago EV to the Mercedes-Benz EQS.. We've also got crash test results as per the new Global NCAP protocols, and news about Toyota's flex-fuel pilot project.

Let’s have a look at the highlights of the past week:

Tata has opened the order books for its most affordable electric hatchback, with over 10,000 reservations made in a single day. In response to consumer demand, Tata has extended the Tiago EV's introductory pricing for an additional 10,000 customers, ranging from Rs 8.49 lakh and Rs 11.79 lakh (ex-showroom).

BYD has introduced its second offering in the form of the Atto 3 SUV, which can be reserved for Rs 50,000. It is slated to launch in December and expected to be priced at Rs 30 lakh. BYD's global offering also received a five-star safety rating from Euro NCAP.

The Taigun and Kushaq are among the first two India-made cars to be tested on updated Global NCAP protocols and have obtained five star safety ratings in both adult and child protection.

The luxury electric car industry is booming too, and with more choices than the mass-market. The EQS already has over 300 bookings in less than a month. More information about EQS may be found here.

Toyota's flex-fuel pilot project was launched using a left-hand drive (LHD) Corolla Altis Hybrid by the Union Minister of Road Transport and Highways, Nitin Gadkari. The combustion engine part of the hybrid powertrain is capable of running on ethanol or petrol or a blend of the two. To learn more about this initiative and flex fuel cars, click here.