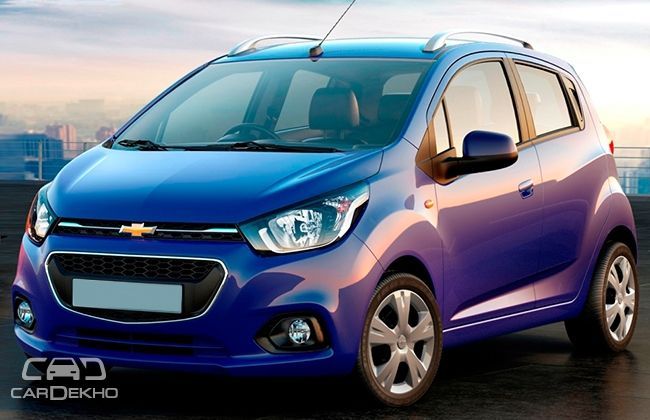 Chevrolet gave us a hint of the 2017 Beat in the form of the near production-ready Beat Activ and Essentia compact sedan at the 2016 Auto Expo. Later on, in June, the American automaker revealed its future plans and released an official picture featuring the production-ready 2017 Beat, Beat Active and Beat Essentia. Well, now the interior of the upcoming, thoroughly updated Beat has been spied for the first time.

As expected, the cabin is similar to the outgoing version, with subtle changes. The highlight on the inside will be the addition of Chevrolet's latest MyLink infotainment system with support for both Apple CarPlay and Google Android Auto (smartphone integration). It is probably a seven-inch unit and will be a segment-first feature, keeping the present day in mind. Moreover, the multi-function steering wheel appears to have gotten additional buttons for the new infotainment system. The 2017 hatch will also feature dual-tone theme – black and beige with silver accents – unlike the current dark layout.

The updated hatch will share its features and cabin with its compact sedan and the cross-hatch siblings –  the Beat Essentia and the Beat Activ, respectively. They both might get a different colour theme for the dashboard, but features will be similar (as is the case with other offerings with multiple iterations such as the VW Polo). We expect the automaker to launch the 2017 Beat clan in the first half of next year.