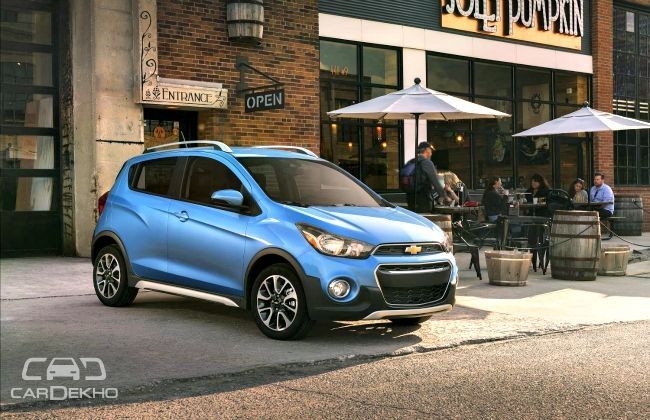 Chevrolet has showcased the ‘Activ’, which is the cross-hatch avatar of the American version of the Beat (second-gen Beat, known as Spark there) at the ongoing 2016 LA Motor Show. The nameplate first got the ‘Activ’ version at the 2016 Indian Auto Expo in February. That said, the Indian cross-hatch version is different compared to its American counterpart. The former is based on the first-gen Beat’s platform, while the latter features an entirely new platform. Though the front profiles of both the vehicles bear a striking resemblance.

Speaking of the upcoming stock Indian version, Chevrolet is playing smart with the 2017 Beat in the country. The automaker is using the platform of the first-gen model, which has been localised in the country and will incorporate the face of the global model. Using the same platform will keep the overall cost of the updated model in check. The hatch will also feature subtly redesigned interior and will come with additional features. The highlight will be the availability of the Chevy’s latest MyLink touchscreen infotainment system with support for both Apple CarPlay and Google Android Auto (a segment-first feature).

In India, along with the 2017 Beat, GM will also launch the Beat Essentia compact sedan and this Activ cross-hatch version in 2017. Since the launch is around the corner, Chevrolet India is offering massive discounts on the outgoing car along with the rest of the portfolio. Check out the offers here: Chevrolet India Introduces Exciting Year-end Offers In November