If realised, this could be the most affordable 7-seater European SUV after the VW Tiguan 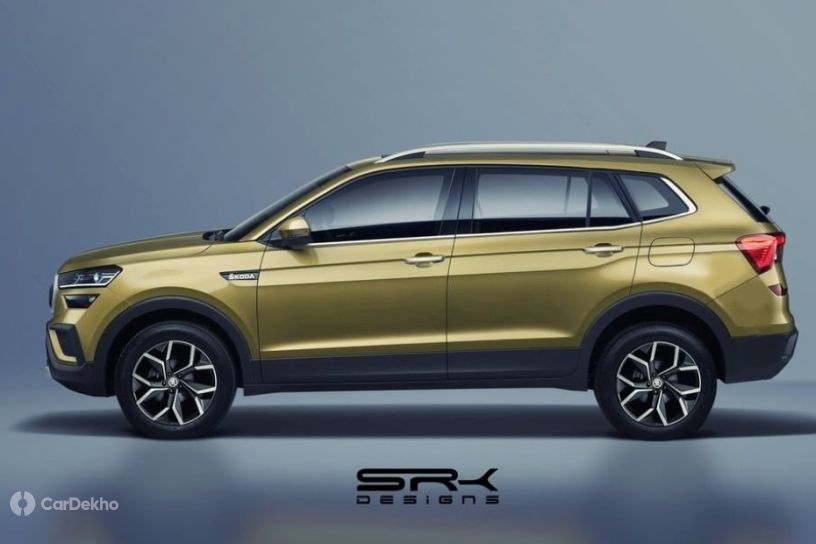 The Skoda Kushaq demonstrates that the Czech carmaker is serious about establishing itself as a mainstream Indian carmaker. It has the winning formula of sorted driving dynamics and segment-appropriate infotainment features. Simply stretching it a bit and adding a third row of seats could put this compact SUV in the same reckoning as the Hyundai Alcazar and MG Hector Plus. The artist at SRK Designs shows us how the 7-seater Skoda Kushaq would look:

The artist starts by extending the D-pillar at the rear as he adds to the length by extending the overhangs. It might only seem like a modest increase, but it’s similar to the difference between the Hyundai Creta and Alcazar’s lengths (only about 8 inches), and likely opens up enough room in the cabin to accommodate another bench seat at the rear.

Research, development and tooling costs will still be significant if Skoda decides to realise the dream of a 7-seater Kushaq. But it’ll still be less costly to develop and produce compared to an all-new SUV. We owe this malleability of modern cars to platform engineering -- the MQB A0 body frame (whose heavily localised version called the MQB A0-IN underpins the Kushaq) can be (and has been) turned into a number of different body styles, from Baleno-sized hatchbacks to sedans and slightly larger SUVs. This platform could help Skoda earn a decent profit from a newly-designed vehicle.

Also Read: Here Are The Best Three-Row SUVs You Can Buy In Every Budget

We are sure that the Kushaq wouldn’t have any problems lugging the two extra passengers in comfort. You can read our praises for its ride quality in our review. Matched with the potent 1.5-litre turbo petrol engine, the SUV could be a lucrative alternative to its scant rivals. Even the 1-litre turbo petrol engine won’t make for a slow people carrier, as it packs 115PS and 178Nm. A 6-speed manual gearbox comes standard, but you can opt for a 6-speed torque converter automatic with the 1-litre engine and a 7-speed dual-clutch automatic with the bigger engine.

It also comes with a range of advanced infotainment features such as a large 10.1-inch infotainment screen with wireless Android Auto and Apple CarPlay, wireless phone charger, single-pane sunroof, connected car features, and ventilated front seats. The Kushaq does lack feel-good elements such as a panoramic sunroof, but a longer 7-seater variant could have a chance to redeem itself if Skoda ever decides to build it. Three-row conversions seem to be a trend for Korean carmakers -- after the Hyundai Alcazar, Kia is also testing a 7-seater SUV based on the Seltos that has been spied on our roads. But would you pay a premium for a smart, reliable and tech-laden European people carrier instead? Let us know in the comments.