These Matchbox Models Of The Tata Safari, Mahindra Scorpio And Mercedes-Benz Are Lit! 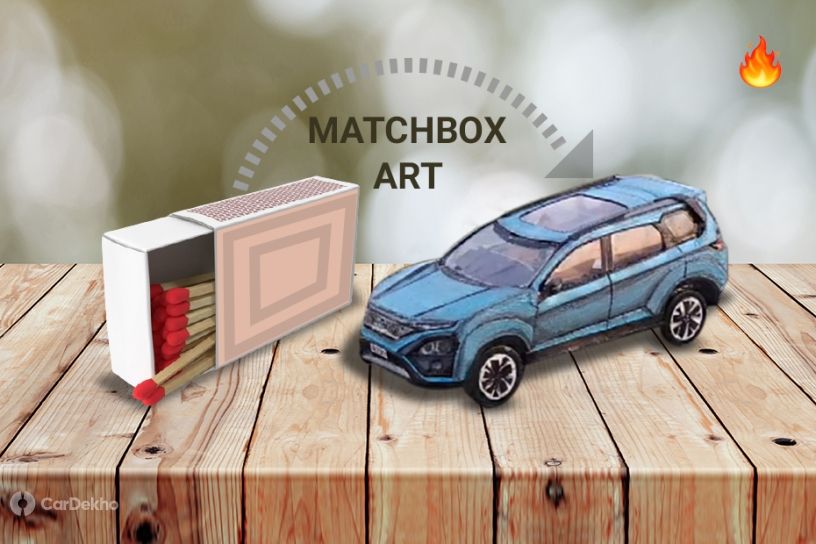 An artist from Rajasthan has created miniature replicas of some of our favourite cars using matchboxes and paper modelling. Many of his creations are popular SUVs, such as the new-gen Tata Safari, Mahindra Scorpio and Mahindra Thar. He’s even built a 1980s W126 Mercedes-Benz S-Class and an army-spec Willy’s Jeep out of matchboxes! Check out the video below to see his handiwork:

Piyush Nagda’s channel has a handful of videos not only demonstrating his handiwork, but also the process behind it. There are no scale cutouts to assemble, no manuals or instructions, and the choice of materials is seemingly endless. He uses everything from shirt buttons to ivory sheets to build the models and paints them using acrylic colours. Although the dimensions and proportions are not to scale, it’s fun to guess which car the artist intended to draw. Incredibly minor but distinctive details (such as the Scorpio’s muscular number plate housing) give away the make and model of each vehicle.

Also See: Check Out This Kia Seltos GTZ Concept In All Its Orange Glory

According to the video descriptions, it takes over 30 hours to finish a single matchbox replica, with the Safari claimed to have taken around 80 hours. Isn’t that awesome? From the videos, you can see that each model has working wheels made out of buttons.

Of all the different ways that you can build a model car, this is likely the most cost-effective, since it uses waste materials, paper cuttings and inexpensive stationery supplies. Automotive art can take many forms, from digital art such as these renders to cute drawings from a budding petrolhead.