The SUV recently received a price hike of Rs 1 lakh, applicable to all bookings after January 11 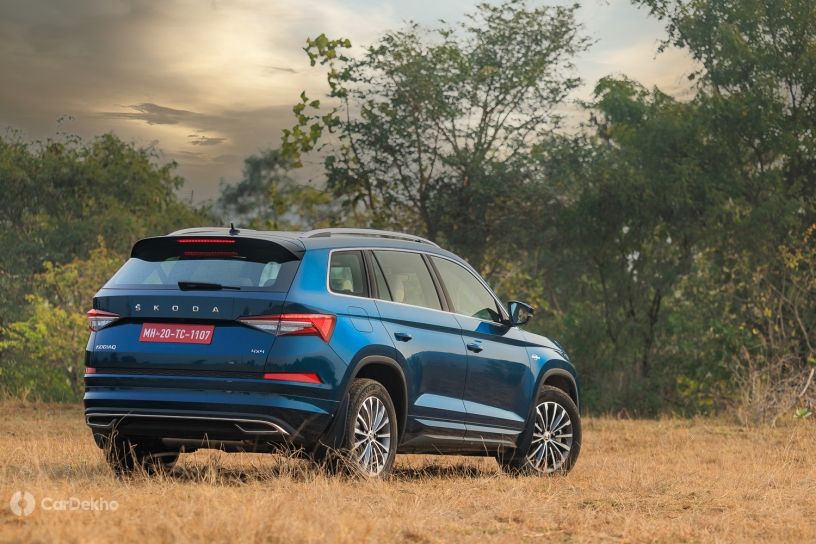 Skoda has confirmed that the 2022 Kodiaq has been sold out for the year, and all official bookings have been paused. However, this does not mean that the Kodiaq is in great demand; instead, the carmaker has allotted limited CKD (completely knocked down) units this year.

Skoda aims to sell around 70,000 cars in 2022, of which 65,000 units have been projected for the Slavia and Kushaq combined. The SUV has been allotted 1,200 units out the total 5,000 units of the Kodiaq, Octavia and Superb. That’s nowhere close to the similarly priced Toyota Fortuner, which registers around 1800 units a month!

The Skoda Kodiaq recently received a price hike of Rs 1 lakh. Its launch prices were applicable for the first batch, which was sold out within 24 hours of bookings beginning. The revised prices now will apply to all bookings made after January 11.

The Kodiaq is a CKD unit assembled at the manufacturer’s Maharashtra plant. The full-size 7-seater gets a 190PS 2-litre turbo-petrol engine with a 7-speed DSG (dual-clutch automatic) and AWD.