Maruti is offering the PM 2.5 filter for select models including the Baleno, Swift and Vitara Brezza 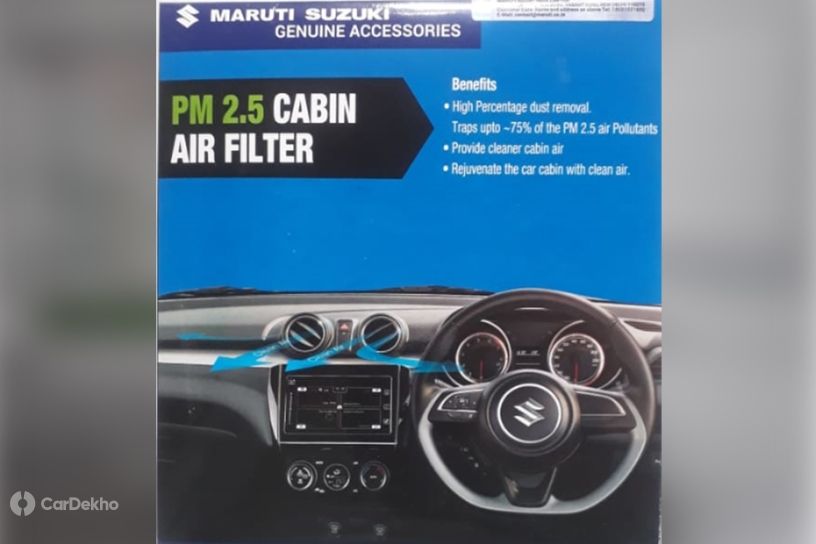 An air purifier or filter in a car has become of vital importance today looking at the growing pollution levels in certain cities and the outbreak of deadly diseases. Maruti has now introduced a PM 2.5 air filter as an accessory for almost all its models from both Arena and NEXA showrooms including the Baleno, Swift and Vitara Brezza. You can buy it for Rs 600 at all Maruti dealerships across India.

While Maruti used to offer a PM 10 filter (priced roughly between Rs 300 and Rs 500), it has now introduced the option of the PM 2.5 AC filter that is more efficient in removing dust and other particulates by up to 75 percent. As per the carmaker, the filter needs to be replaced after every 10,000km or once a year, whichever is earlier. Maruti has also stated some other parameters that suggest a replacement of the filter:

Other carmakers including Hyundai and MG are offering a PM 2.5 air purifier in their cars including the recently launched MG Gloster. To know which cars under Rs 30 lakh are offered with an air filter/purifier, head here.

In other news, Maruti is working on the new-gen models of the Alto and Celerio that have been spied testing. Both the next-gen Celerio and the new Alto are expected to go on sale in 2021.