The Taycan is available in two trims: Saloon and Cross Turismo 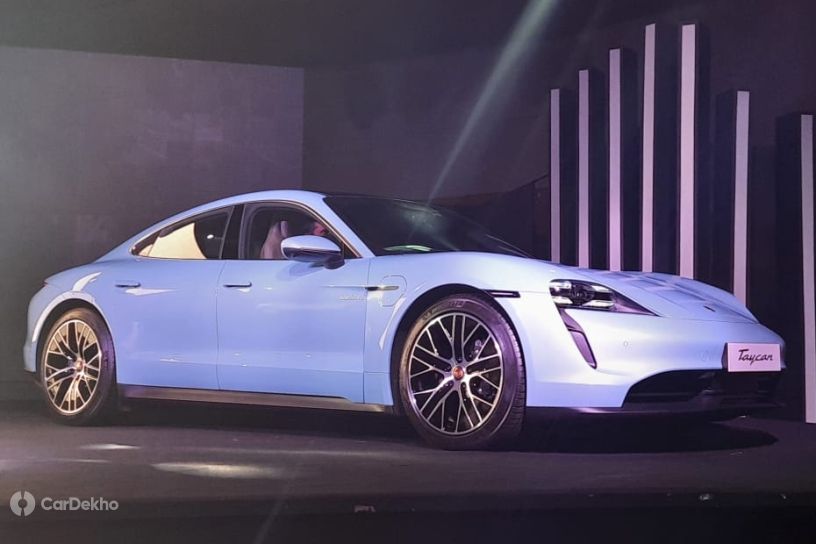 After over two years since its global unveiling, the Porsche Taycan electric sports GT has finally arrived in India. It is offered in two trims: Saloon and Cross Turismo, priced from Rs 1.5 crore (ex-showroom).

The Taycan Cross Turismo comes with the same 93.4kWh Performance Battery Plus with a range of up to 456km.

All variants of the Taycan claim a range of more than 400km, with the least powerful one offering the most range. The Taycan’s electric powertrain is also different from most EVs as it has a 2-speed gearbox for better driving dynamics. It also comes with adaptive air suspension as standard with Porsche’s Active Suspension Management (PASM). The Taycan Cross Tourismo is equipped with a ‘Gravel Mode’, which assists driving over rough terrains.

In terms of design, the Taycan, with its taut curves, muscular wheel arches, and sleek cabin, looks like a Panamera straight from the future. The rear is more pronounced and sits low and wide with the sleek connected taillamps, a typical Porsche design trait.

Porsche has also debuted its modern dashboard layout in the Taycan -- a distinctive digital instrument cluster with a cluster display. This display configuration features a three-dial setup that mimics the instrument cluster of a regular combustion-engined Porsche. It has a central 10.9-inch touchscreen infotainment system and a third vertically stacked display in the centre console for the climate controls. The Taycan also has a slim and sporty-looking steering wheel with the ‘mode selector’ dial. You can also have an optional fourth screen in the front with a passenger side display.

The Porsche Taycan’s only rival is the Audi e-tron GT. The Taycan Cross Turismo doesn’t have any direct competitor.