New-gen Isuzu mu-X SUV Launched In Thailand; Is It India-bound?

Apart from the exterior, feature and engine upgrades, it also gets radar-based active safety features like its rival, the MG Gloster 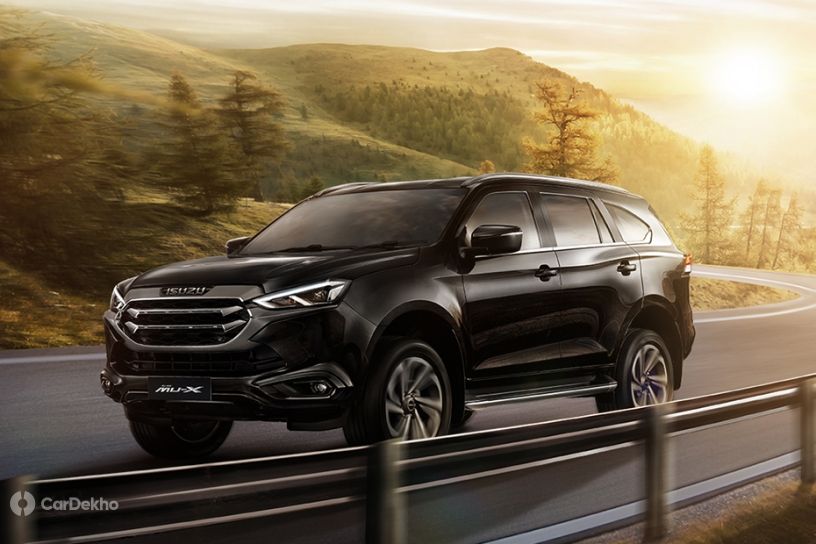 Isuzu has launched the new generation mu-X full-size SUV in Thailand. It is a significant departure from the model that it replaces not only in terms of looks and size but features as well. Isuzu hasn’t updated the previous-gen mu-X to BS6 emission norms in India yet.

The new-gen mu-X is 25mm longer, 10mm wider, 35mm taller and has a 10mm longer wheelbase than its predecessor. Take a look at the table below for detailed differences.

The body-on-frame SUV gets bi-LED projector headlamps with daytime running lamps which flank a sharp twin-slat grille. There are neat and round LED fog lamps tucked in the bumper. On the sides, it gets a choice of 17, 18 and 20-inch alloy wheels to complement silver side steps and roof rails. The rear-end looks a lot bulbous and comes with sleek wraparound LED tail lamps and bumper-integrated fog lamps.

The interior comprises a dual-tone brown and black theme with 9-inch touchscreen infotainment with Apple CarPlay and Android Auto, 4.2-inch MID for the instrument cluster. Convenience features include an 8-way adjustable driver’s seat, dual-zone climate control, ambient lighting, push-button start/stop, remote engine start and electronic parking brake among others. That said, a sunroof is missing from the picture.

The previous-gen Isuzu mu-X hasn’t been updated to BS6 emission norms since the emission norms kicked in in April 2020. Isuzu is expected to launch the BS6-compliant model soon. However, there’s a possibility that Isuzu could directly launch the new-gen Isuzu mu-X in India next year. Expect a starting price tag of around Rs 27 lakh when it reaches an Isuzu showroom near you. The new mu-X will renew its rivalry with the Toyota Fortuner, Ford Endeavour, and Mahindra Alturas G4.

Any updates on 3.L arrivals in india