New-gen BMW 3 Series Spotted In India; 2019 Launch On The Cards 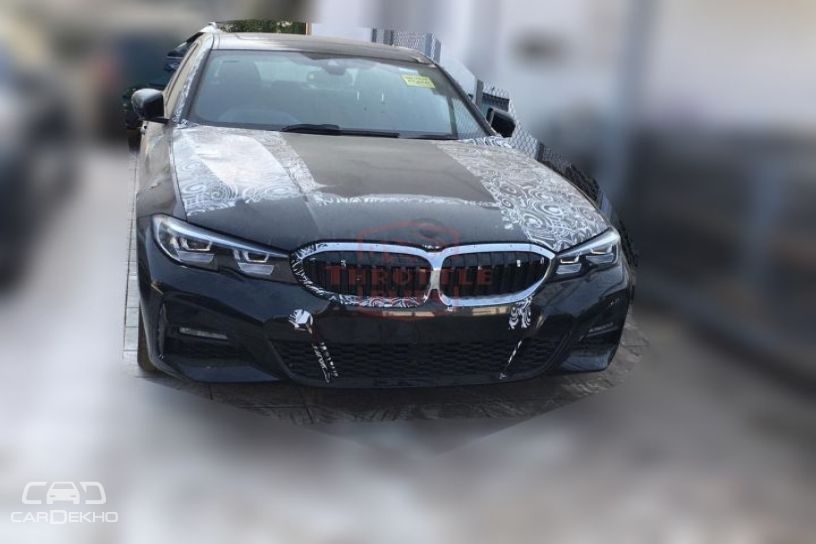 Shutterbugs have caught the upcoming seventh-gen BMW 3 Series undergoing testing in India. It was caught doing the rounds while undergoing ARAI testing during fuel efficiency tests for ARAI.

The dashboard layout of the new 3 Series is not significantly different than the older model, but gets slight revisions nonetheless. One of the biggest changes on the inside is the inclusion of BMW Live Cockpit Professional, which includes - a 12.3-inch digital instrument cluster and a 10.25-inch infotainment screen. It is optional on the 3 Series, but there's a standard 8.8-inch infotainment system screen on offer too. It is controlled by BMW’s i-Drive system and Gesture Controls will work as well.

BMW is likely to offer the 3 Series in India with both petrol &and diesel engines paired with an 8-speed automatic transmission. The diesel engine is likely to be a 2.0-litre unit and the variant on offer in that case will be the 320d.

Expect the new 3 Series to be launched in India in 2019. Pricing is likely to remain between Rs 40 lakh and Rs 50 lakh. The new BMW 3 Series will go up against the Mercedes-Benz C-Class, Audi A4, Volvo S60 and Jaguar XE.