MG Hector Plus Facelift Spied On For The First Time 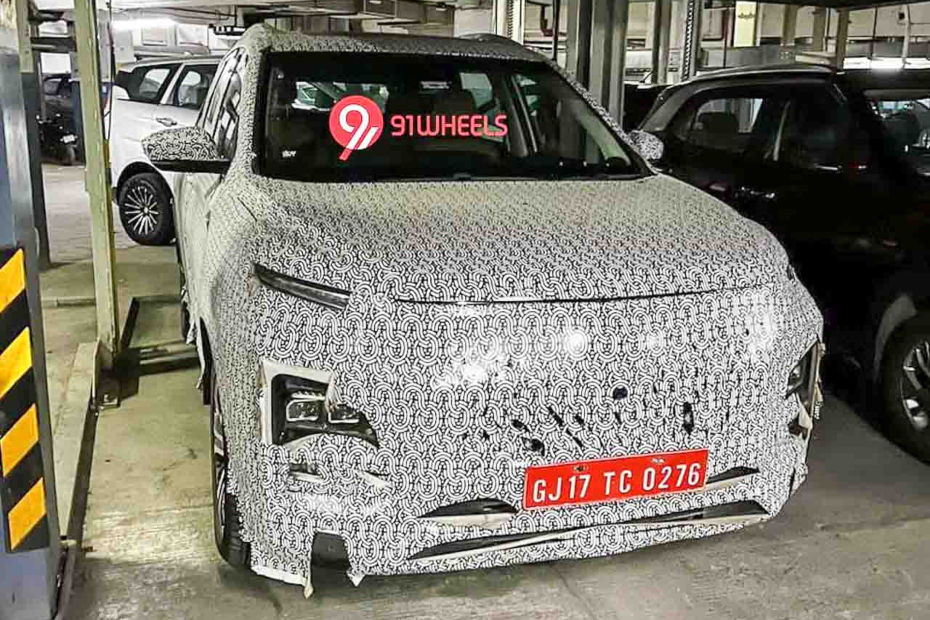 The MG Hector Plus’ facelift has been spied for the first time in its six-seater avatar under heavily camouflaged. It’s expected to be unveiled alongside the facelifted Hector, which is likely to be revealed on December 20.

What’s New On The Outside?

Up front, you can see the tweaked headlamp design with gloss black surround, sleeker LED DRLs, hints of a redesigned grille, and a tweaked bumper. All these changes are also seen onboard the upcoming Hector facelift.

The side profile looks unchanged, flaunting the same alloy wheel design. The rear profile seems to carry a new design, going for a more muscular appeal, while similarly extended over the regular Hector’s rear profile. Its taillamp design also appears to have been updated. The Hector facelift gets a redesigned rear profile which should be carried forward to its three-row version as well.

Changes To The Interior

We can only see the individual captain seats for the second row, wrapped in the same brown faux leather upholstery as the outgoing version. We’re expecting a new cabin layout, just like the Hector facelift, with the massive 14-inch touchscreen system in the centre of the new dashboard as teased for its five-seater version.

Unlikely. We’re expecting the Hector Plus to continue with its 1.5-litre turbo-petrol, mild-hybrid and 2-litre diesel engines. The turbo-petrol engine currently gets the option of a CVT transmission, while the other two powertrains will continue with a manual shifter.

Also Read: Another Facelift Of MG ZS EV In The Works?

The facelifted Hector Plus will carry a price premium over its current range of Rs 14.94 lakh to Rs 21 lakh (ex-showroom Delhi). Based on previously leaked details, the facelift is expected to be offered only in the top-spec variant of the Hector Plus. It will continue to rival the likes of Tata Safari, Mahindra XUV700 and the Hyundai Alcazar.

Read More on : Hector Plus on road price