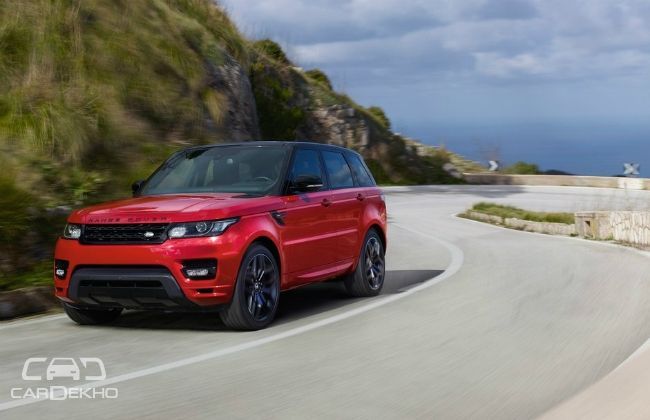 The variety of cars available in the Indian market is generally dictated by the government’s policies. The turn of the century witnessed a dramatic shift in preferences from petrol to diesel cars; but after the recent crackdown against pollution in the country, buyers seem to be going back to the basics.

And after the likes of German carmaker Mercedes-Benz reconsidered petrol pots in their Indian portfolios, it now looks like Land Rover is preparing to jump on the bandwagon. Reports suggest that the Tata-Motors owned company has recently imported a single unit of the Range Rover Sport HSE, powered by a V6 petrol mill, for homologation purposes in India.

The engine in question is a six-cylinder petrol motor that is good for 385PS and 450Nm. Power is transmitted to all four wheels via an 8-speed automatic gearbox as this powertrain is capable of touching the 100kmph-mark from dead halt in 6.8 seconds. Top speed is rated at 208kmph.

Currently, the only petrol powerplant in the British carmaker’s Indian line-up is the gargantuan 5.0-litre unit on the Range Rover Sport SVR. And given the declining popularity of diesel cars in India, it only seems logical for Land Rover to make amends in its range of offerings at the earliest.

This trend is being largely affected by the narrowing gulf of price between petrol and diesel, in addition to the National Green Tribunal (NGT)’s tough stance against diesel cars that was also backed by the Supreme Court. This apart, the implementation of the stringent BS VI emission norms is expected to do further damage to the cause of diesel vehicles.

Would you prefer to buy a diesel- or a petrol- car? Let us know in the comments section below.