Delhi folks, rejoice! You can now get your hands on that big diesel SUV or saloon you were eyeing. The Supreme Court has lifted the ban that barred registrations of vehicles with diesel engines larger than 2,000cc. The ban was in effect for nearly eight months, and has caused serious damage in terms of sales (and jobs) for a few manufacturers in particular. 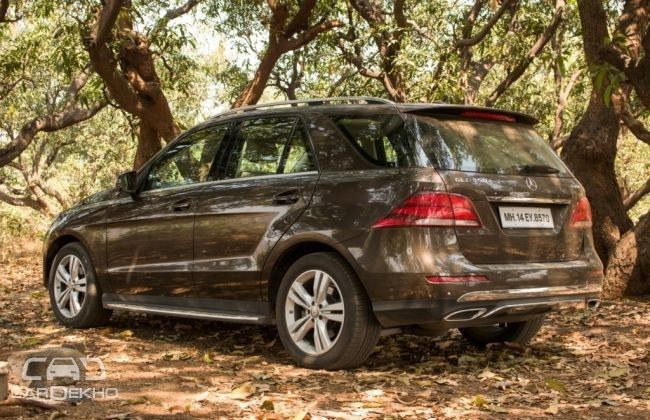 Everything isn't all hunky dory, though. In lieu of the lifted ban, manufacturers will have to pay an additional 1 per cent of the ex-showroom price as a 'green cess'. The added levy will go to the Central Pollution Control Board's kitty under a separate account in a PSU bank, as ruled by the court. Oddly enough, it also stated that it will decide later whether a similar cess can be levied on vehicles with diesel engines below 2,000cc. Also, the government has questioned the Court's move of introducing the cess, citing that taxes can only be levied post approval in the Parliament.

The haphazard blanket ban wasn't taken too well by the industry. Manufacturers worst hit by the ban - Toyota and Mercedes - have been openly critical of the ruling. The Japanese automaker went one step ahead and even termed it a 'corporate death penalty'. Notably, both auto majors put further investments in the country on hold in view of slumping sales.

On the other hand, domestic manufacturer Mahindra chose to work around the regulation, by introducing 1.99-litre variants of the Scorpio and XUV500. In a recent development, they also announced their plans to introduce petrol variants across their lineup. Notably, BMW brought petrol variants of the 3 Series and the 5 Series, back from the dead as well.

Mercedes-Benz issued a statement that read: “We have followed the earlier direction of the Supreme Court and filed an Interim Application seeking relief on the ban on our cars. Following the court suggestion, we as a voluntary interim measure, offered to pay 1% of the ex-showroom price of the vehicle towards anticipated Environment Compensation Charge as a deposit, and not on the premise that our vehicles are polluting the environment. We reiterate that, being the pioneers of numerous technological innovations, Mercedes-Benz has the technology available and can switch our entire fleet to BS VI by 2018, however, we need compatible fuel to do so, to provide our customers with the latest technologies which are available worldwide. We welcome the government’s decision to pre-pone mandatory BS VI to 2020. We think the introduction of BS VI fuel is the best viable option to curb pollution. Mercedes-Benz India is waiting for compatible fuel quality and as soon as the required diesel fuel is made available we are ready to switch our portfolio quickly to the EU 6 standard.”

Mahindra commented, "We are very relieved with the decision of the Honourable Supreme Court today. Hope this decision will put all controversy surrounding diesel fuel behind us and we will be able to focus on the more important task of making our vehicles compliant with BS 6 norms by April 2020”.

Modern diesels (especially the ones hit by the ban) pass far stringent regulations in other countries. The need of the hour is to update our emission norms, have a periodic fitness test in place for vehicles and upgrade the quality of fuel. We think the revoking of the ban is a step in the right direction. Especially since the concept of the ban was flawed in the first place. What's your take on the lifting of the ban? Let us know through the comments section below!