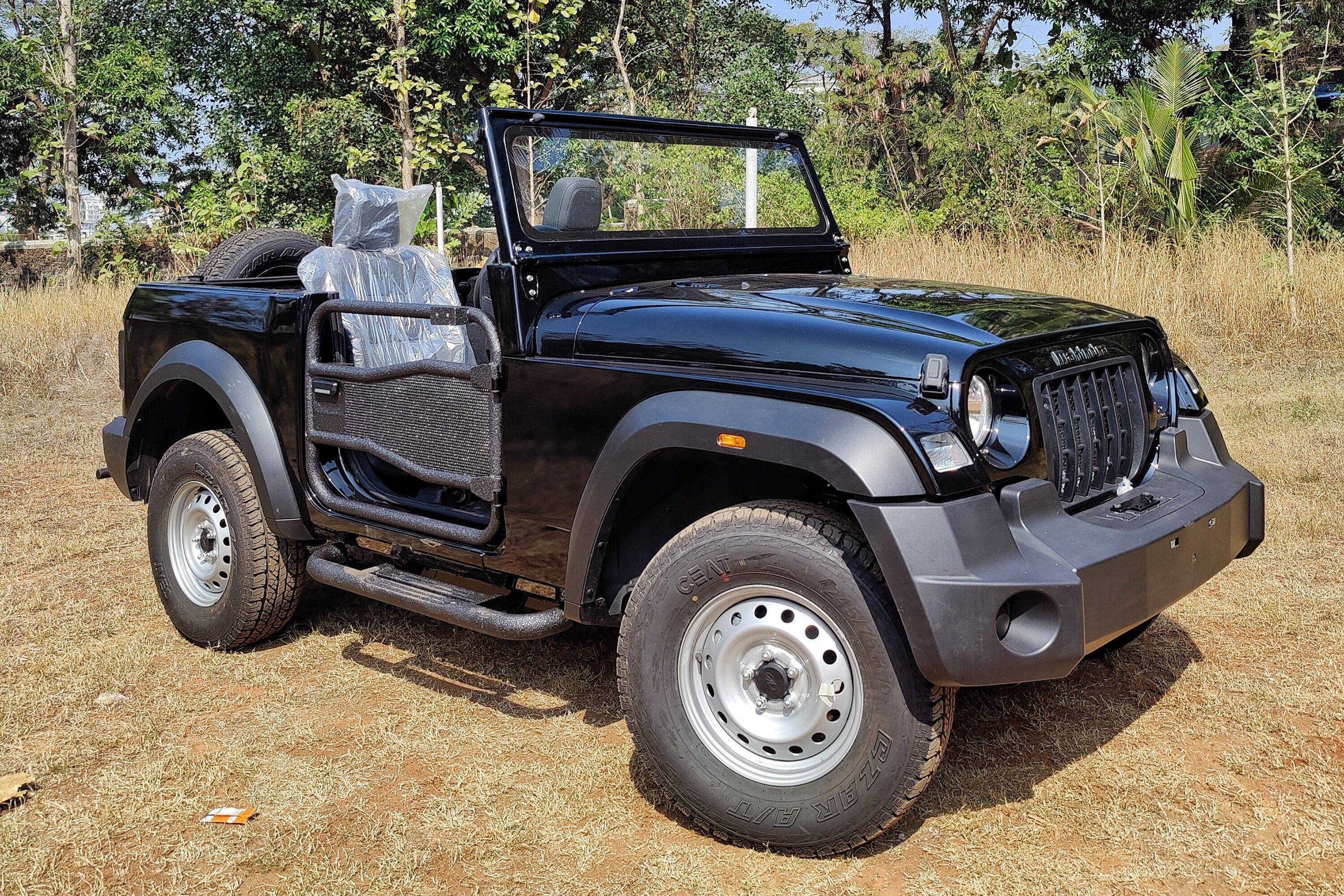 For those who love open-top motoring, the Mahindra Thar is the most affordable convertible vehicle that you can buy right now. Those looking to get some wind in their hair will skip the hard-top variant and opt for the soft-top instead. But even that SUV can only be undressed within legal, safe limits, with its upright windshield, doors and roll-cage in place, keeping you safe from the world outside.

That’s what this Mahindra Thar, modified by Mangalore-based KAM Customs, aims to change with its chopped roof and removable custom roll-cage.

The Mahindra Thar you see in the pictures doesn’t simply have a chopped roof. The original SUV’s windshield frame, door frames and roll-cage were structural components, so they have been replaced with custom-built parts and assemblies. The windshield is now a collapsible unit, similar to old Mahindra Jeeps as well as the new Jeep Wrangler which continues to offer this feature.

KAM Customs also fabricated a new roll-cage for the SUV which attaches to mounting points at the A, B and C-pillars and can be removed. It also has a soft-top canopy over the driver and passenger seats.

Without the original door frames, the Thar’s doors had to go, too, so the modifier created simple tube-frame doors without any windows. Apart from these modifications, the Thar is essentially stock and even has the grey steel wheels found on the base-spec SUV.

Chopping a Thar’s roof might seem simple enough, but performing such modifications properly takes careful planning and meticulous metalwork. We must admit, KAM Customs has done a great job with the removable roll-cage. This way, the Thar can be used either as an open-top vintage Jeep in on-road conditions, or as the off-roader that it really is, after securing the roll-cage in place.

What’s the use of a chopped-roof Thar?

KAM Customs built this Thar for a Member of Parliament (MP), so it’ll be used while campaigning for votes during the elections. That explains why the Thar doesn’t have any rear seats, but does get a PA (public announcement) system. Without its roof, the Thar would likely offer the constituents a great view of their potential candidate and vice-versa.

So, how do you like the chopped-roof Thar? Would you like to see your local representative in one during the next election campaign? Let us know in the comments.