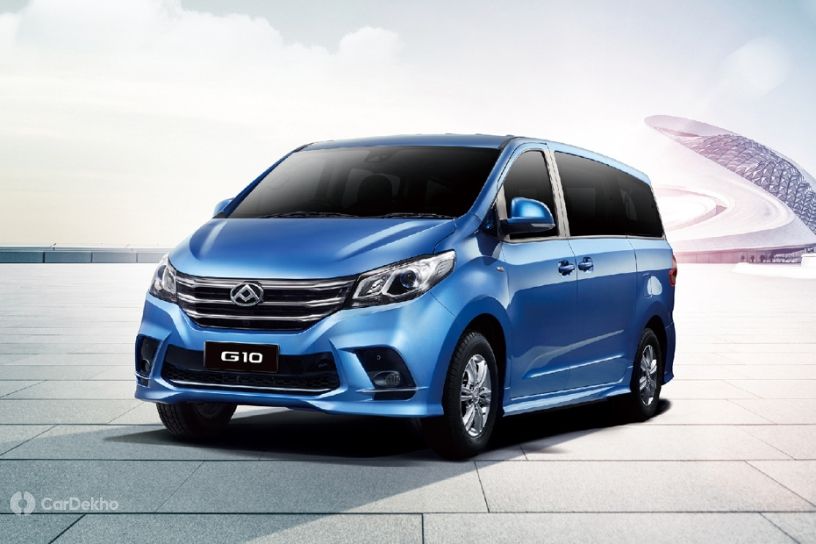 The MG G10 MPV, which is sold as a Maxus offering in China, has been launched in its latest avatar with updated engines. It now comes with a mildly updated 2.0-litre turbo-petrol engine and a new 2.0-litre diesel engine.

The turbo-petrol engine in the G10 premium MPV offers the same 224PS and 350Nm of performance while mated to either a 6-speed manual or 6-speed automatic transmission. MG has discontinued the 2.4-litre petrol option for the new G10 in China. Its 1.9-litre diesel option that produced 150PS and 350Nm has been replaced by Maxus’ latest 2.0-litre unit that churns out 163PS and 375Nm. The 2.0-litre diesel also gets the choice of a new 8-speed automatic transmission alongside the 6-speed manual. This happens to be the same engine as the India-bound Fortuner-rival Gloster’s bi-turbo 2.0-litre diesel engine, albeit with a single turbocharger. Both engine options are expected to be offered when the G10 is launched in India.

Another update to the barely translated spec sheet of the new G10 reveals that it will be offered in an 8-seater layout in addition to the usual 7-seater and 9-seater layouts. The Maxus G10 debuted in India at Auto Expo 2020 as an MG offering. It is expected to be launched in India as a premium MPV with features like a 3-part panoramic sunroof, powered sliding rear doors, power-adjustable front seats, and a large central infotainment system.

The expected launch timeline of late 2020 for the MG G10 could get delayed by the global pandemic crisis, pushing its arrival to 2021. It will be a rival to the Kia Carnival, a step above the likes of the Toyota Innova Crysta. The G10 would be priced around Rs 25 lakh.