It is expected to offer a range of around 350 kilometres 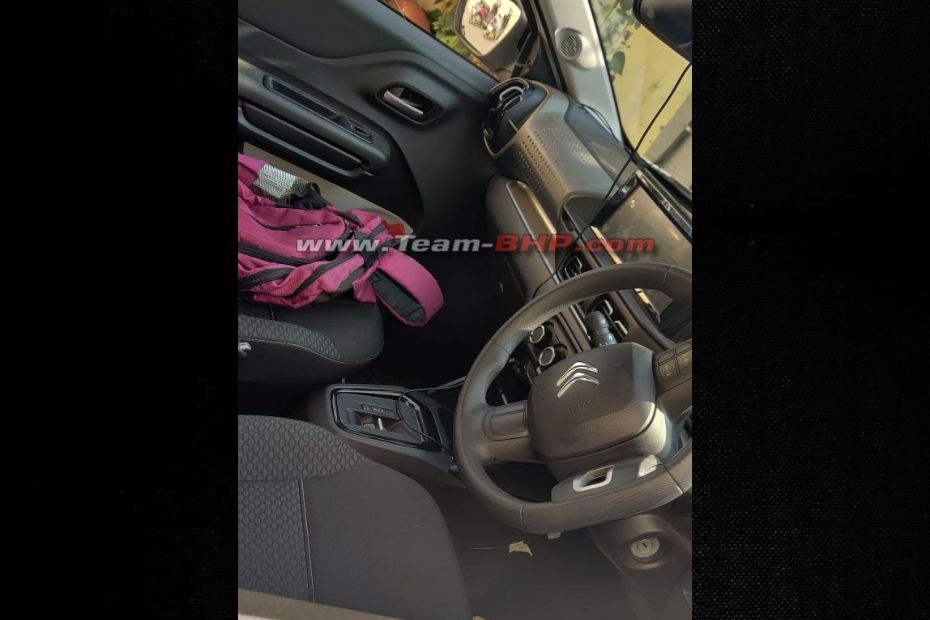 While Citroen is gearing up for the debut of the eC3, its interiors have been leaked through a spy shot. The cabin looks identical to its ICE-powered version with just one big change.

The Citroen C3’s manual stick has been replaced by toggle switches for parking, drive, and reverse, which are borrowed from the C5 Aircross. The eC3, like most EVs, will use a single-speed setup for the electric drivetrain.

It gets the same touchscreen unit, manual AC, steering wheel with controls, and a key slot for ignition just like the C3. It could get cruise control, automatic AC, and electrically operated ORVMs in its higher-end variant over the regular model. The eC3’s front profile has also been spotted on test mules and seems to be largely unchanged.

We’re expecting multiple battery pack options for the eC3, which could include the Peugeot e-208’s 50kWh battery pack. The electric C3 will share its platform with the Peugeot, its Stellantis cousin, which gets a 136PS electric motor and a WLTP-claimed range of over 300 kilometres. There could also be a less powerful and lower range (around 300 kilometres) variant just to make it more affordable. It should also be offered with fast-charging capabilities.

Also Read: Three-row SUV Based On Citroen C3 In The Works

Citroen is expected to price the eC3 from around Rs 10 lakh (ex-showroom). The all-electric C3 will be an alternative to the likes of Tata Tiago EV, Tigor EV, and MG Air EV.