Expected Toyota Innova Hycross Prices: How Much Pricier Will The MPV Get For Its Hybrid Powertrain & Premium Features?

Following its India debut, details such as specifications and variant-wise features of the Hycross have already been shared 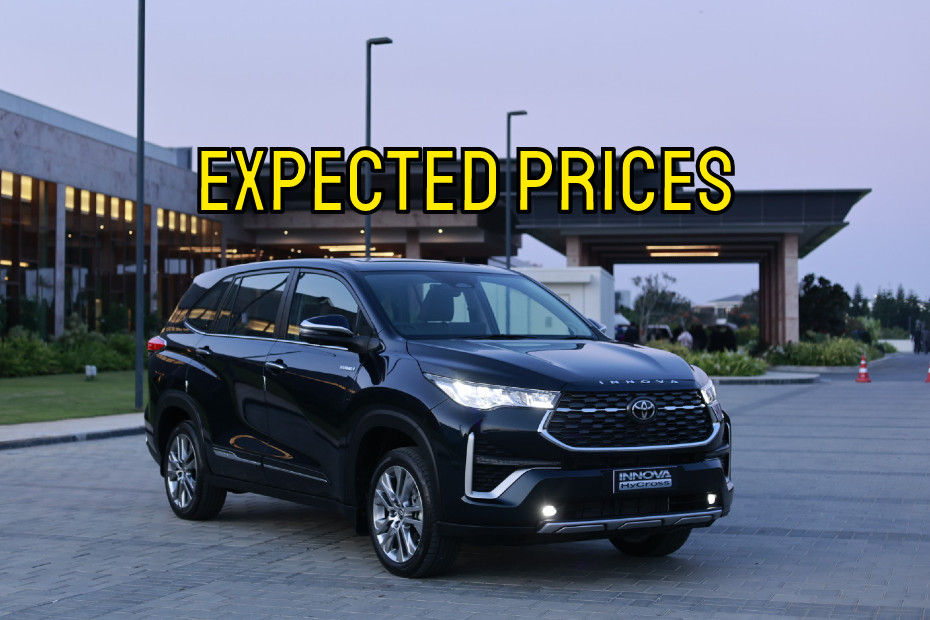 The latest iteration of the Toyota Innova carries with it the new ‘Hycross’ suffix. It has already made its Indian debut, with its specifications and variant-wise details having been revealed. However, Toyota will officially launch the Innova Hycross and announce its prices sometime in January 2023.

The Innova Hycross features a whole new look that is more premium with muscular, SUV-like styling. It comes with a new 2-litre petrol engine that will only be available with a CVT automatic transmission, tuned to 174PS and 205Nm. More significantly, this engine is also being offered with strong-hybrid assist for increased fuel economy, with the combined output rated at 186PS.

Based on the information available, we expect the Toyota Innova Hycross to be priced as follows:

The older-generation Innova Crysta will remain on sale alongside the new Innova Hycross, but only its lower variants will be on sale. The new MPV will understandably command a premium over the Crysta, and the higher variants will only be available with the strong-hybrid powertrain. We expect the hybrid tech and the added features to come at a premium of Rs 2.5 lakh.

Toyota has made the Innova more premium than before with the new Hycross. It comes with a panoramic sunroof, a new 10-inch touchscreen infotainment system, ventilated front seats, powered second row Ottoman seats, and a seven-inch digital instrument cluster. The Hycross is safer too as it is equipped with six airbags, 360-degree camera and even ADAS, some of it at least.

Also read: 7 Features That You Get On The Toyota Innova Hycross But NOT On The Mahindra XUV700

Even though the Innova Hycross has no direct rivals, here’s how its expected prices would compare to other MPVs:

Pre-orders of the Innova Hycross are already open and in the case you’d prefer a diesel MPV, Toyota will soon resume taking orders for the diesel variants of the Innova Crysta.