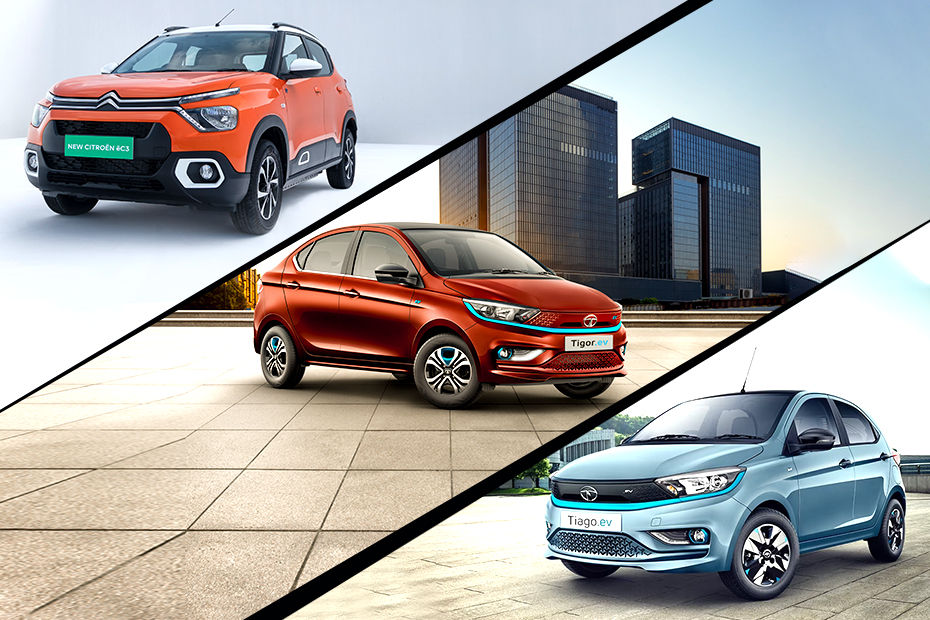 For any carmaker looking to enter the Indian market now, it is almost imperative to have a mass-market EV in the lineup. Citroen seems to have planned for that and after having a taste of the midsize SUV and premium hatchback segment in India, it is all set to dive into the electric vehicle space. The French carmaker has recently taken the covers off the India-spec all-electric C3, and called it the eC3.

The eC3’s closest competition will be the Tata Tiago EV and Tigor EV. We decided to put the three up against one another on paper to see how they fare:

Also Read: Bookings For The Citroen eC3 Will Be Open Soon, Details Here

Now, let’s take a look at all the drivetrain details of the three electric cars:

The Citroen eC3 is expected to be priced at a premium over the smaller Tata Tiago EV while being more affordable than the Tigor EV.