The premium e-MPV is powered by the carmaker's Blade Battery technology, consisting of a 71.7kWh battery pack 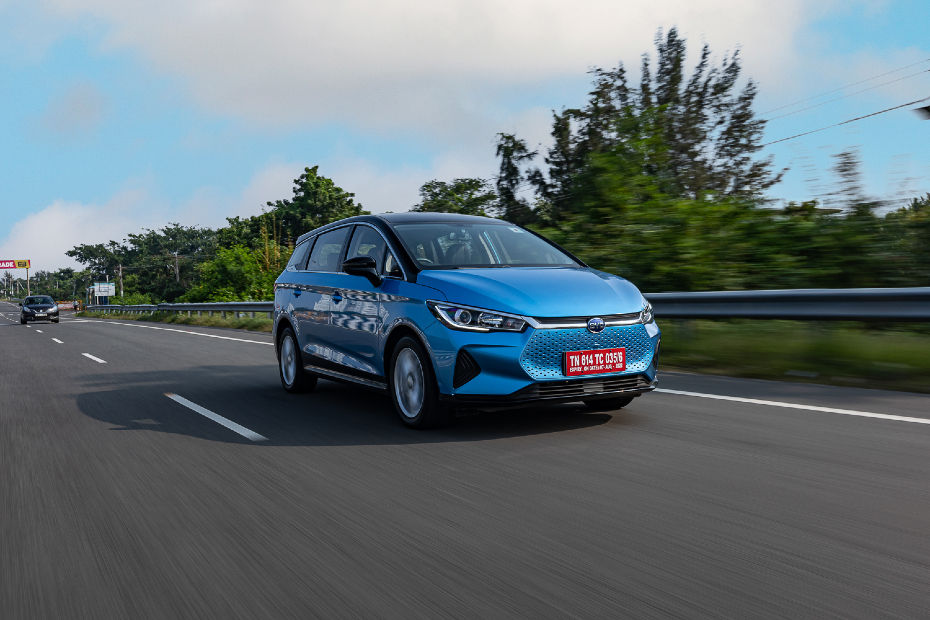 BYD has delivered 450+ units of its premium e-MPV offering, the e6, across India since its launch in November 2021. At first, BYD launched the e6 only in Delhi, Mumbai, Bangalore, Hyderabad, Ahmedabad, Chennai, Kochi and Vijayawada. But the carmaker has now appointed dealers in Gurugram, Chandigarh, Jaipur, Pune, Indore and Kolkata as well to expand its network across the country. Recently, BYD has opened new dealerships in five cities: Delhi, Mumbai, Kochi, Vijayawada and Hyderabad.

Now coming to the car itself, the e6 is powered by a 71.7kWh Blade battery (making 95.2PS and 180Nm). With this, it gets a WLTC-claimed range of 520km (city) and 415km (combined). The electric MPV is also capable of regenerating electricity from a minimum speed of 2kmph. It has two charging options: a 6.6kW AC charger and a fast 60kW DC charger with 0-100 percent charging times of 12 hours and 1.5 hours respectively.

The e6 has a starting price of Rs 29.15 lakh (ex-showroom) without the charger. It is the only electric MPV in India for now.