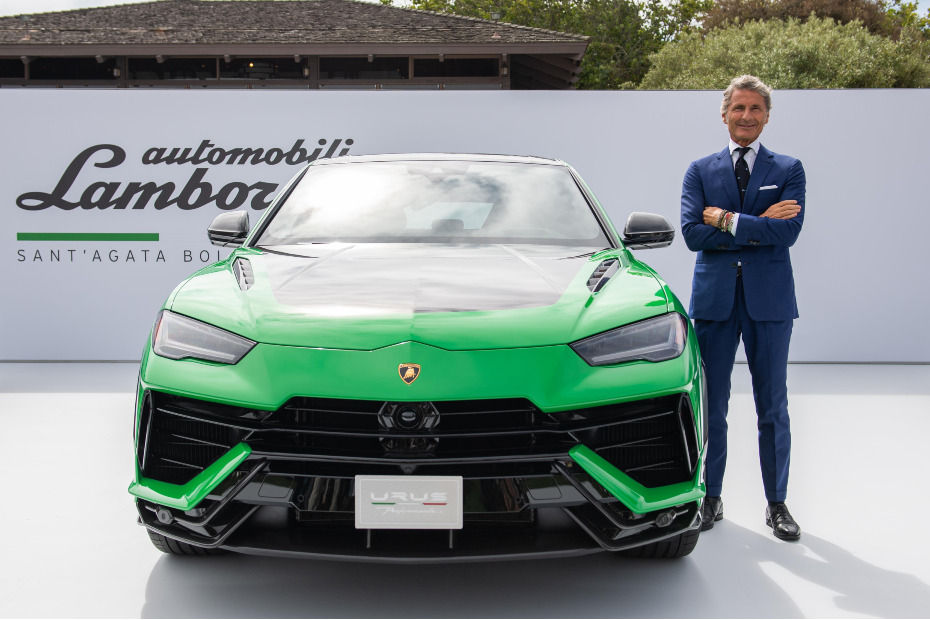 The Lamborghini Urus gets a new hardcore version called the Urus Performante which has made its public debut at the 2022 Monterey Car Week. It’s the first big update for the Italian super SUV and here are five things you should know about it:

The Urus Performante gets a host of design updates to the front and rear end as part of the more aggressive aerodynamic package. Its front bumper gets larger openings and new air curtains to optimise air flow. The bonnet has more openings and vents for better heat dissipation from the engine bay.

At the rear, the Urus gets a new Aventador-inspired roof-mounted spoiler with end plates. There is also a small lip spoiler along the edge of the boot. It has some changes to the bumper as well, behind the wheelarches, with an updated rear diffuser in between the quad-exit exhaust.

Overall, the Urus Performante is notably wider than the regular Urus. It rides on new alloy wheels with a wider track for more grip.

Lighter on the scales

As a premium and luxury SUV, the Urus is inevitably a heavy car. In its Performante trim, Lamborghini has shaved off 47kg from the kerb weight thanks to more panels made from carbon fibre such as the bonnet and the roof.

The Urus Performante gets a small bump in performance with the 4-litre twin-turbo V8 producing 666PS and 850Nm, just 15PS more. It swaps out the air suspension for stiffer steel springs and retuned dampers combined with a sportier chassis. As a result, the car sits lower which also helps the aerodynamics. These small changes have a profound effect on the performance gains, such as the 0-100kpmh time reduced from 3.6 seconds to 3.3 seconds. It also managed to set a new record time for a production SUV at the Pikes Peak Hill Climb event ahead of its unveiling.

Lamborghini has updated the driving modes in the Urus Performante. The standard Urus’s AWD system comes with six driving modes on the toggle-selector called the ANIMA: Strada, Sport, Corsa, Neve, Terra and Sabbia. However, the Performante variant keeps the Strada, Sport and Corsa modes but adds a new Rally mode for spirited driving in rough terrains.

Deliveries for the Urus Performante are set to begin towards the end of 2022. Given the popularity of the Urus in India, we expect Lamborghini to bring the more hardcore SUV to our shores before the end of the year.