2019 Maruti Suzuki Alto 800 gets an updated exterior and interior as well as new features; likely to receive a price hike as well 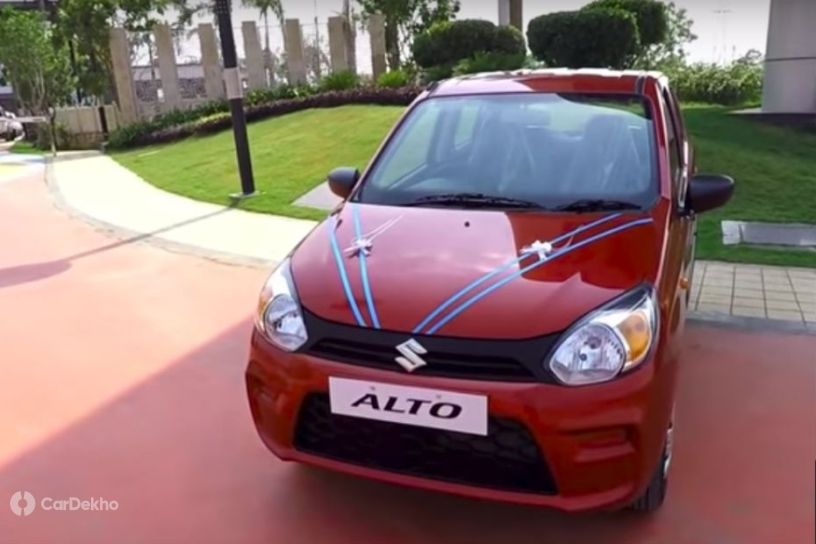 Update: Maruti has launched the 2019 Alto with prices starting from Rs 2.93 lakh. Here's the full report.

Maruti Suzuki has started dispatching the updated version of the Alto 800 to its dealerships across the country. While the manufacturer hasn’t made any official statement yet, this points towards an imminent launch of the high selling hatchback.

The updated Alto 800 gets an added dose of mandatory safety features such as driver airbag, passenger airbag (likely to be optional), reverse parking sensors, ABS, EBD, driver and co-driver seatbelt reminder and speed alert system. All of these safety features should be offered as standard since the hatchback has to meet new safety regulations.

On the outside, the 2019 Maruti Alto facelift gets a redesigned front grille and bumper. The front airdam now gets a black honeycomb finish similar to the one seen on the CelerioX. However, it misses out on the fog lamp housing altogether. The rear seems to have done away with the ‘Alto 800’ badging, leaving just ‘Alto’ nameplate to accompany the variant badge apart from the ‘ Suzuki’ logo on the bootlid . The interior layout is similar to the Alto K10 as it shares the steering wheel as well as the two-tone, beige-and-black colour scheme with the Alto K10. In addition, a basic audio system with radio, Bluetooth, USB and AUX-in is also available. Everything else remains the same as the Alto 800’s preceding model.

It will continue to be powered by the 0.8-litre, 3-cylinder petrol unit that churns out 48PS@6000rpm of power and 69Nm@3,500rpm of torque. The only transmission option on offer with this version of the Alto is a 5-speed manual. The AMT is only offered with the Alto K10.

This update is certainly the last hurrah for the current-gen 800 as Maruti is likely to launch the next-gen Alto during this year’s festive season. It will be based on the Heartect-A platform which also underpins the Ignis and WagonR. It will be significantly different than the current crop of Alto hatchbacks and feature a mini crossover-like styling which was first previewed by the 2018 Future-S concept. You can check out more of it here.