The carmaker is offering only 100 units of this limited edition Jimny, which is even more off-road focussed than before 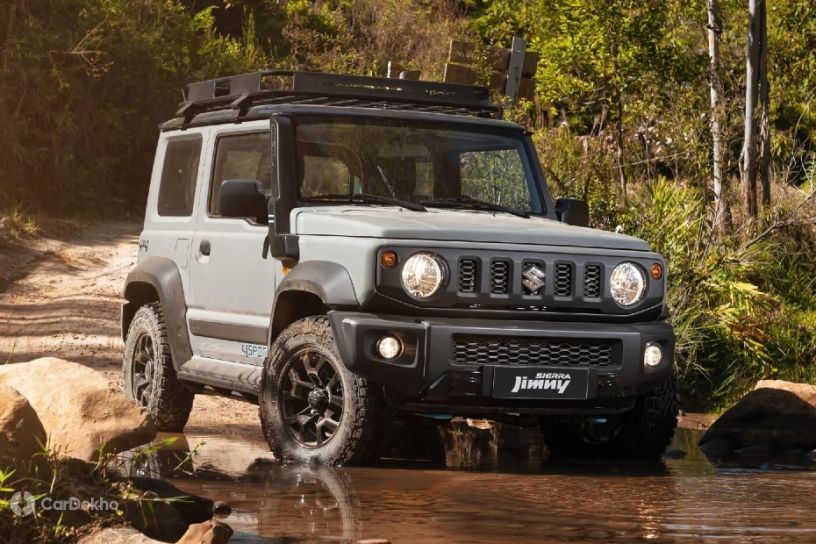 The Latin American market has just got a more adventure-ready version of the Suzuki Jimny called the ‘Jimny Sierra 4Sport’. It is a limited edition of the three-door SUV, as the carmaker is offering it in only 100 units.

What’s Different From The Standard Jimny?

Suzuki has provided the Jimny 4Sport with a black roof with carrier, tubular rocksliders, new ‘4Sport’ and ‘4x4’ graphics, and a snorkel. It also gets black front and rear bumpers with blue hooks positioned under them, a custom front panel, and new piano-black wheels and tyres suitable for off-roading.

Compared to the standard Jimny, the limited edition’s approach and departure angles have been reduced from 37 degrees to 31 degrees and 49 degrees to 40 degrees respectively, thanks to the revised front and rear skid plates.

Inside, the AC vents and gear shifter surround get the same blue highlights. Suzuki has also provided the SUV’s special edition seats and leather-wrapped steering wheel with blue stitching and accents along with a ‘4Sport’ emblem (only for the front row). There’s also a ‘4Sport’ badge on the passenger side of the dashboard. The front seats can be folded down completely to provide a flat-bed position.

Suzuki has not made any mechanical changes to the Jimny 4Sport. It gets the same 1.5-litre petrol engine delivering 108PS and 138Nm as the regular Jimny Sierra. It comes paired with a 4-speed automatic transmission. The Jimny 4Sport comes with Suzuki’s ‘AllGrip Pro’ 4x4 drivetrain, traction control, and a limited slip differential.

Suzuki seems close to unveiling the five-door version of the Jimny soon. That’s the version that is being brought to India, and it has been spied testing multiple times overseas. However, its launch will only likely take place sometime in 2023.