Petrol Engines To Be Offered Across Mahindra's Model Range By 2018

We’ll try to get through this report without mentioning a certain restriction imposed in the nation’s capital.

Mahindra, primarily known for making utility vehicles powered by diesel engines, is fast-tracking its petrol portfolio development. As per a statement made by Pawan Goenka, executive director of Mahindra and Mahindra, every model in the brand’s passenger car range will be available with the option of a petrol engine by 2018. 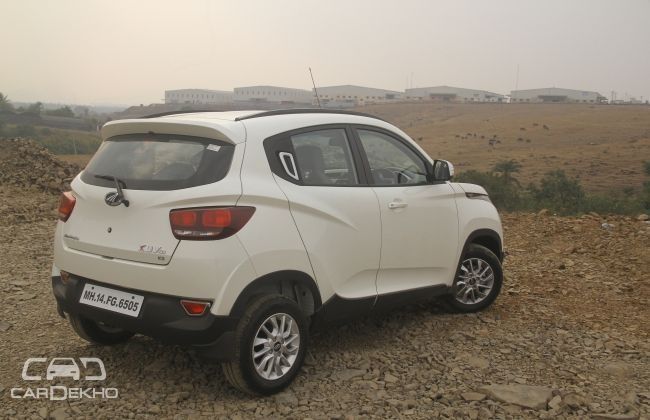 “We are currently working on a 1.5-litre petrol engine. As a result, all our future vehicles will be equipped with either a 1.2, 1.5 or 2.0-litre engine. After we launch the 1.5-litre engine, we would be as good as any other competitor with a petrol offering in India.” said Goenka.

Mahindra’s first indigenously-developed petrol engine i.e. the 1.2-litre mFalcon ‘G80’ already powers the KUV100. The company invested around Rs 500 crore in the development of the mFalcon engine series (which includes a 1.2-litre diesel as well). The demand received for the petrol version has surpassed Mahindra’s expectations, with it accounting for around 50 per cent of the KUV100’s bookings as per the report by Autocar Professional.

Additionally, the Scorpio will be launched with a petrol engine this year, as will the XUV500. This will be particularly important for the latter as its rival, the Toyota Innova Crysta has just been launched with a 2.7-litre petrol engine paired with both manual and automatic transmissions.

(Check out the XUV500 vs Innova Crysta comparison review here)

The narrowing gap between petrol and diesel prices is a big reason why automakers are shifting focus back towards petrol mills, but looks like we have no choice but to address the elephant in the room. The diesel ban in Delhi has taken a toll on the sales of several manufacturers. Mahindra has launched a 1.99-litre version of the mHawk engine to sustain sales of the Scorpio and XUV500, but with the overall market sentiment turning anti-diesel, in the long-term perspective, petrol power is the way to go.

Mahindra
VIEW ALL
T
Published by
Was this article helpful ?