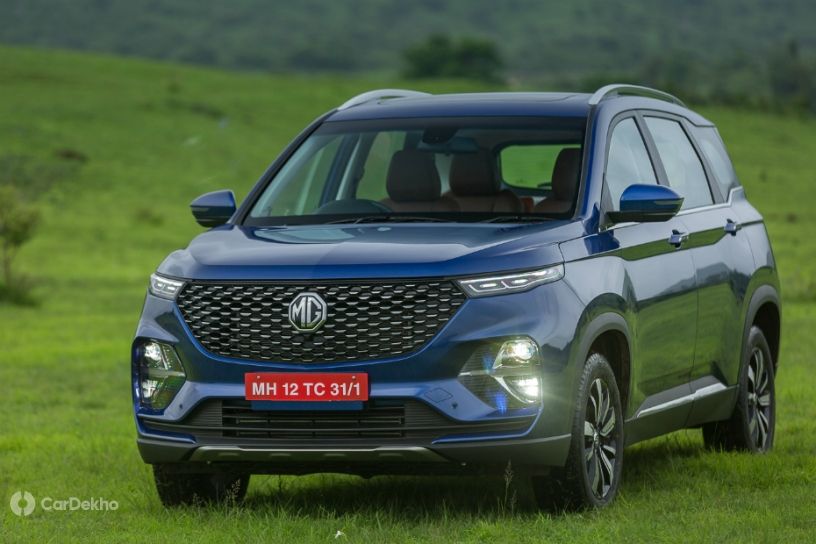 MG Motor India launched a 6-seater version of the Hector, called the Hector Plus, in July 2020 at special introductory prices. The carmaker has now hiked the prices of the SUV across all variants. Let’s take a look at the revised price list:

When compared to the standard 5-seater Hector, the Hector Plus is costlier by up to Rs 80,000. It can seat six occupants (gets captain seats in the second row), instead of five like the Hector. On the outside, the Hector Plus comes with cosmetic tweaks to the front and rear ends to distinguish it from the 5-seater Hector. MG has also added a new kick-to-open feature for the powered tailgate of the Hector Plus. In case you are confused between which SUV is right for you, head here.

MG offers all variants of the Hector Plus with a diesel-manual option whereas only the Sharp variant gets the petrol mild-hybrid setup. The Hector Plus is powered by both petrol and diesel engines. The 1.5-litre turbo-petrol engine (143PS/250Nm) is mated to a 6-speed dual-clutch automatic. MG also offers the SUV with a turbo-petrol unit featuring a 48V mild-hybrid system coupled with a 6-speed manual gearbox. The 2.0-litre diesel engine is good for 170PS and 350Nm and comes paired to a 6-speed manual gearbox. The petrol-manual mild-hybrid combo is limited to the top-spec Sharp variant. Unlike the 5-seater Hector, the Hector Plus isn’t offered in the base-spec Style variant.

The Hector Plus goes up against the likes of the Toyota Innova Crysta and Mahindra XUV500 and will also rival the upcoming Tata Gravitas. MG will also be launching a 7-seater version of the Hector Plus around Diwali 2020.

Latest Cars
Upcoming Cars
Popular Cars
HomeNew CarsNewsMG Hector Plus Gets Dearer By Up To Rs 45,000